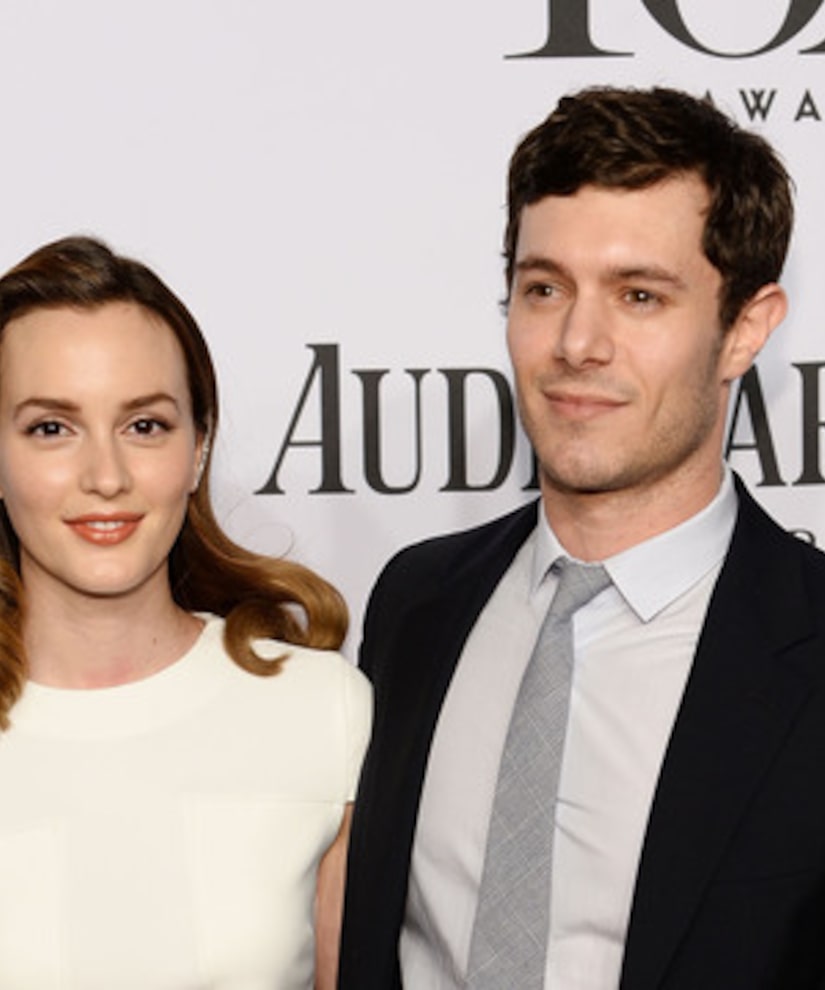 Newlyweds Leighton Meester and Adam Brody made their first post-wedding red carpet appearance at the 2014 Tony Awards on Sunday.

Tony Awards presenter Meester, who is currently starring in a Broadway revival of the play “Of Mice and Men” with James Franco and Chris O'Dowd, looked gorgeous in a curve-hugging, bridal-white Antonio Berardi dress.

Meester and Brody tied the knot in a secret wedding in February after getting engaged at the end of last year.

“Harry Potter” star Daniel Radcliffe was also on hand at the Tonys, making a rare appearance with his girlfriend of two years, actress Erin Darke. Radcliffe recently starred in the Broadway revival “The Cripple of Inishmaan.” "Extra" was on the red carpet at the awards show catching up with Hugh Jackman, Neil Patrick Harris, and Bryan Cranston. Watch!