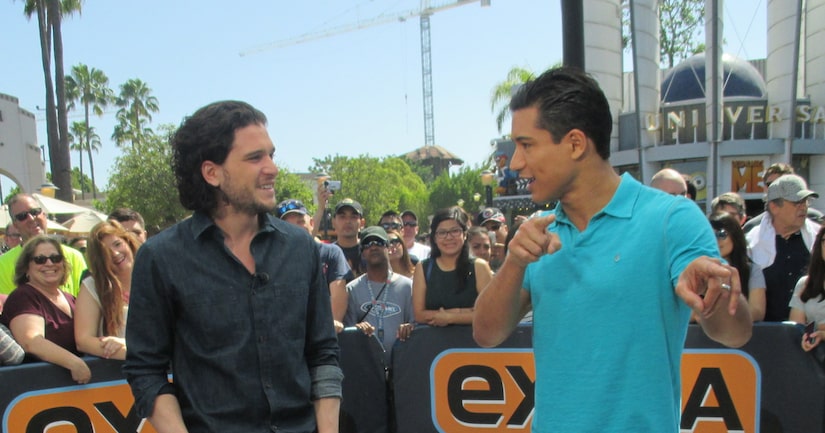 “It’s an epic episode, big, not going to spoil it for anyone here who’s a fan, but it’s definitely the biggest episode I’ve ever done, the most expensive episode we’ve produced… got some seriously good CGI in it, got some amazing fight scenes. Yeah, I think epic is the right word for it, always right for ‘Thrones,’ but this one especially, I’m excited, nervous about it, I hope people like it.”

With characters constantly being killed off on “Game of Thrones,” Kit revealed that he doesn’t even know if he’ll be back for Season 5. “I can’t tell you if I’m in Season 5, I may not be there.”

Kit is in the new movie “How to Train Your Dragon 2.” “I play a character named Eret -- always announces himself as Eret, son of Eret -- he’s got a bit of an ego problem… I get worried, ‘cause you know how sometimes they base these characters on the real actor, slightly, he’s a bit of a bumbling buffoon.”

"Game of Thrones" airs Sundays on HBO and "How to Train Your Dragon 2" swoops into theaters June 13.