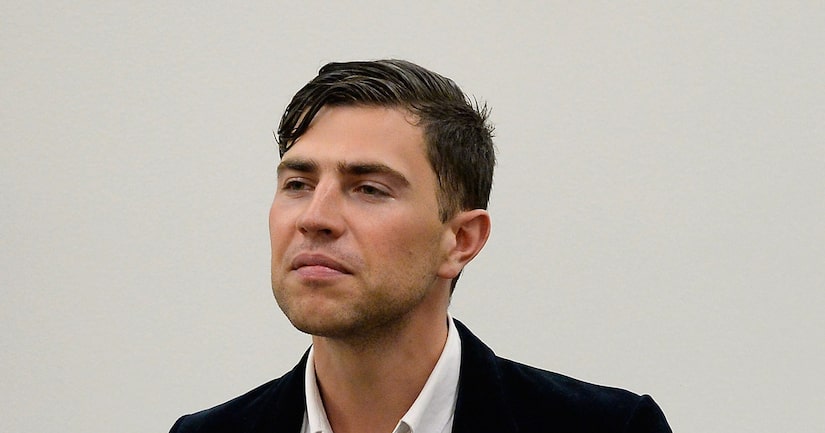 Vitalii Sediuk, the Ukrainian journalist who accosted Brad Pitt at the L.A. premiere of “Maleficent” on Tuesday, is now getting a dose of US justice.

In court on Friday, Sediuk pled no contest to battery and unlawful activity at an event and was sentenced to 20 days of community service and ordered to undergo psychological counseling for one year. He was also sentenced to 36 months probation and $220 in fines.

More importantly, the judge told Sediuk he could not be within 500 yards of any L.A. event, including red carpet premieres and award shows.

Sediuk was already on probation for getting on stage with Adele and Jennifer Lopez at the 2013 Grammys.

The Ukrainian prankster, who has also infamously tried to kiss Will Smith and grab onto Bradley Cooper and Leonardo DiCaprio, was recently fired from his job at Ukraine's Channel 1+1 after he climbed under actress America Ferrera's dress at Cannes on May 17.

A spokeswoman for 1+1 said in a statement, “(Sediuk) no longer represents the interests of the company. The prank on the red carpet at the Cannes Film Festival was Vitalii's personal initiative. The journalist did not report his plans to the channel's Editorial Office."