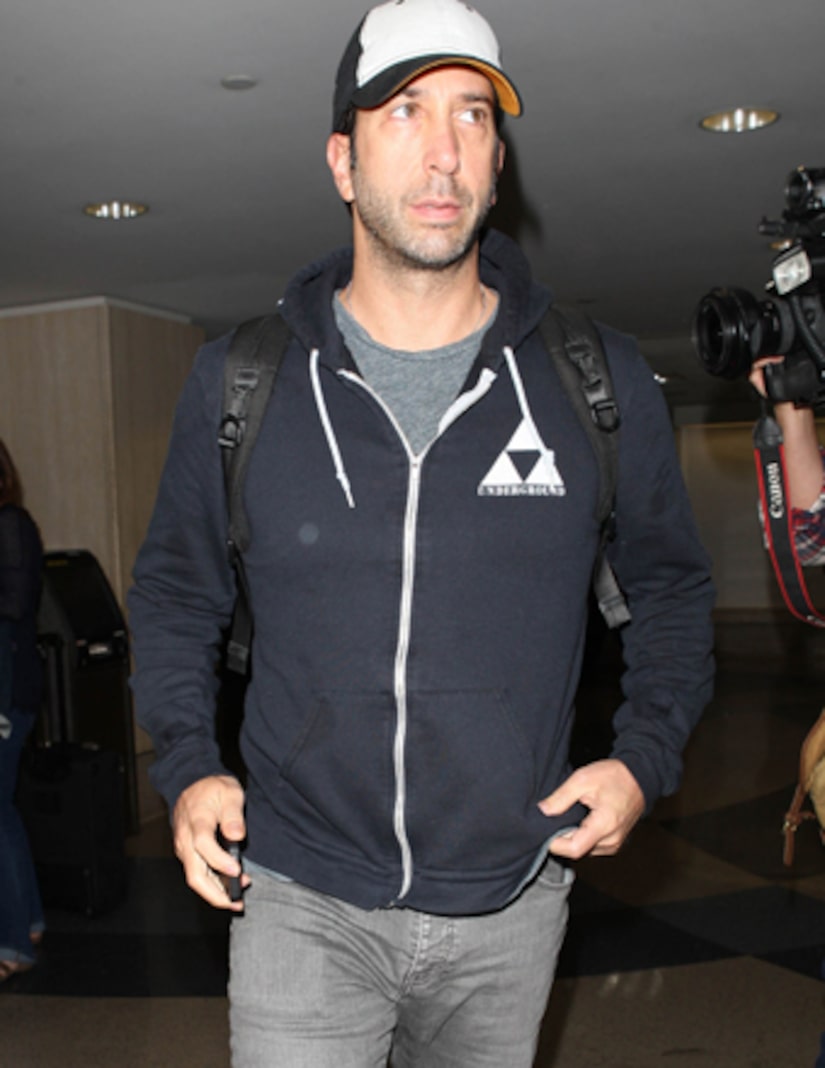 A bloody brawl took place at 5:40 AM between an alleged john, a transvestite prostitute and another man at the East Village apartment building adjacent to Schwimmer's.

The details are a bit fuzzy, but it seems that the john refused to pay the hooker, who then stole a computer. It seems the john tracked down the prostitute and was demanding the return of his property.

The john ended up with stab wounds to the face, while the transvestite fled the scene. The third man, Robert Rainey, was charged with assault, criminal possession of a weapon and robbery.

Schwimmer, best known for his role as Ross Geller on “Friends,” invited police to his townhouse to view surveillance video of the fight. Until that point, authorities only had the version of the stories of the two men.

Police left with the video, which could be used in court.