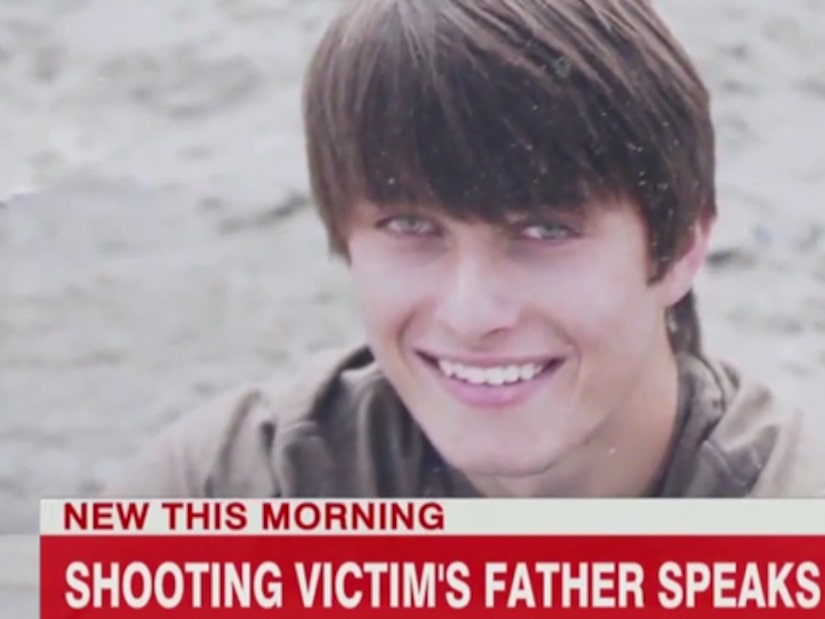 Richard Martinez wants the world to remember the victims of the Santa Barbara massacre, not just the killer.

In a heartbreaking interview with CNN, Richard talks about his son Christopher Michael-Martinez and calls for gun law reform. Trouble viewing the video? Watch it here.

Christopher, 20, was among the six victims murdered during alleged gunman Elliot Rodger's killing spree in Santa Barbara on Friday night.

The UC Santa Barbara student was in the Isla Vista Deli Mart when shots were fired.

Rodger supposedly started at his apartment, where he stabbed his roommates George Chen and Cheng Yuan Hong to death, as well as another student named Weihan Wang, who was believed to be visiting at the time.

The 22-year-old suspect then supposedly drove to the Alpha Phi sorority house where he shot senior Katie Cooper and freshman Veronika Weiss. Authorities believe he then opened fire at the market, where Christopher was killed.

Thirteen others were reportedly injured in the terror spree.

Elliot is the son of second unit director Peter Rodger.