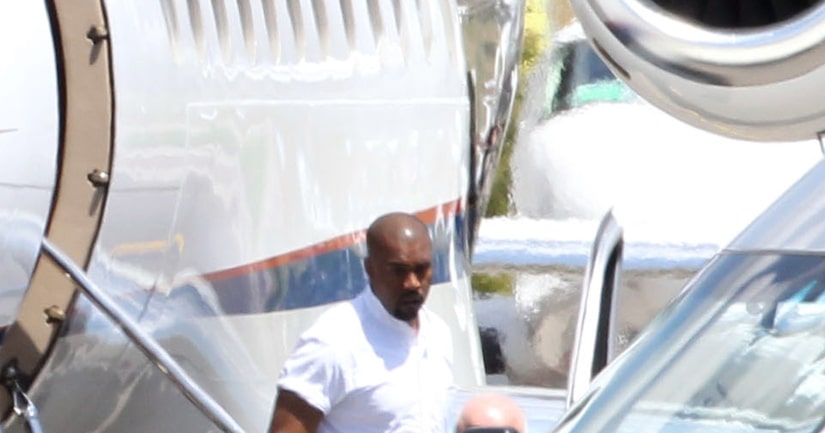 Start the countdown to the "I do's"! Bride-to-be Kim Kardashian, her fiancé Kanye West and the whole Kardashian krew arrived to Florence, Italy on Saturday, ahead of their planned nuptials.

E! News reports Kim arrived to the Forte di Belvedere in Florence, in the afternoon. An eyewitness said, "A convoy of cars arrived at around 3 p.m. local time. Kim was in the first car, which was a Mercedes-Benz. They drove the car right up and her assistant opened the door and Kim dashed in. She looked to be wearing white."

Then more cars arrived, transporting Kim's sisters and bridesmaids. "Kendall Jenner and Kylie Jenner then got out of one of the later cars. They looked to be wearing black pants and white tops. Kendall waved to the small group of fans overlooking from a gate just above the entrance," while Khloé Kardashian also "waved at the fans." 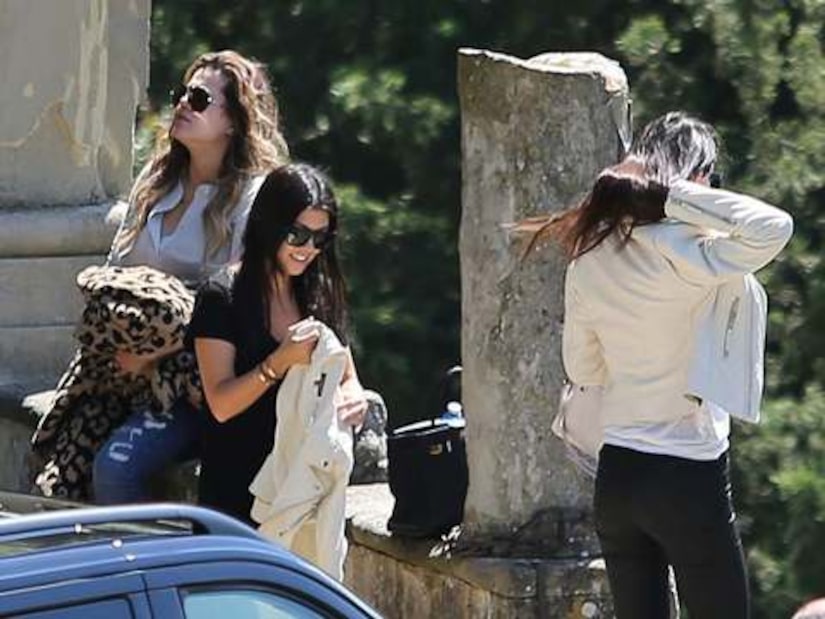 Kourtney Kardashian and beau Scott Disick came next. "Kourtney was carrying her daughter Penelope and her son Mason -- in a red-striped outfit -- followed behind."

The wedding is to take place at the gorgeous venue in the early evening.