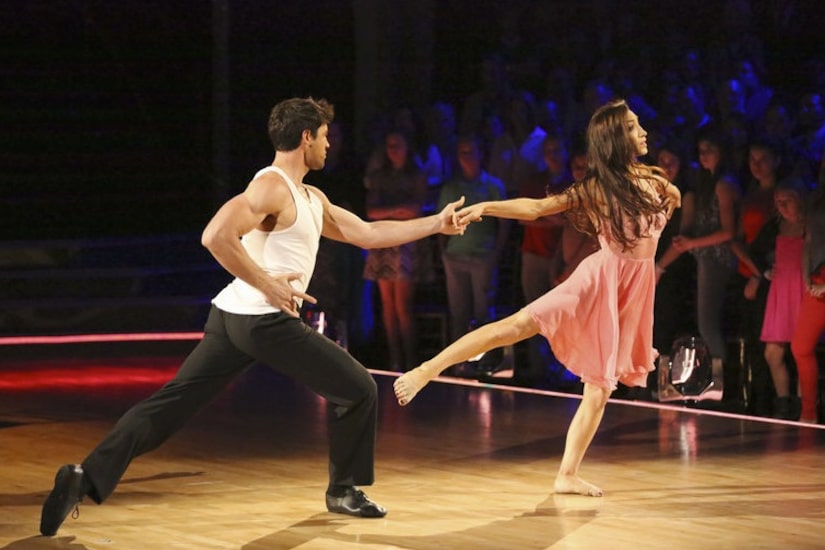 Olympic ice dancer Meryl Davis and pro dancer Maksim Chmerkovskiy were named the “Dancing with the Stars” Season 18 winners on Tuesday, but everyone is wondering if their electric chemistry extends beyond the dance floor.

Chmerkovskiy, 34, winning his first-ever mirror ball victory, and Davis, 27, almost kissed when they found out they won, but at this point, neither will confirm a romance.

Davis told UsWeekly.com, "We were just saying that this show, despite the fact that it's a reality show, puts people into really real situations. It's challenging and we're not just coming to the show ready to dance every Monday. You go through the daily grind and it's very challenging. You get to know people in really fun moments and in really challenging moments, and I think that's what makes the show so successful."

Maks told “Extra’s” special correspondent Tony Dovolani, “It’s my person for three months. It’s everything that all life revolves around so to win this it validates that effort.”

Chmerkovskiy explained, "It's more of, we could be brilliant but Charlie [White] didn't make the final, James [Maslow] didn't make the final. There were people that who did incredible numbers. It's about the people who voted and called and stayed up overnight to vote. It's because of them that we have this trophy."

He continued, "Had Amy and Derek's names been called, all would have been right with the world, everyone would have been amazed at their journey. She deserved the trophy, too. This is why it's special because those people, those fans dedicated their time to us. God knows we did our best. We did our best."

"Extra" was also at the Sofitel Hotel for the after party of this season's finale of "DWTS," catching up with the show's judges and pro dancers.

Dancer Karina Smirnoff offered a pretty unique idea at who should guest judge next season, check it out!