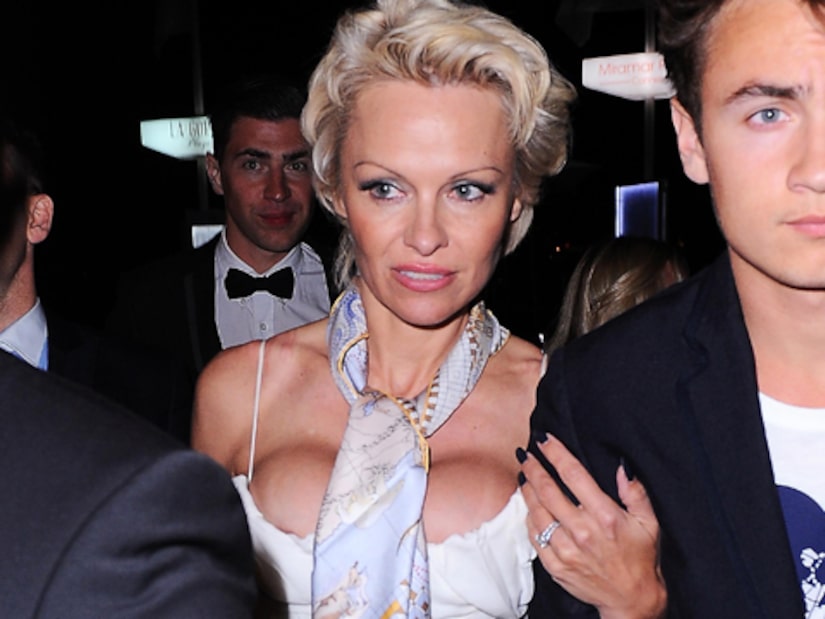 At the launch of her new Pamela Anderson Foundation at Cannes Film Festival, the “Baywatch” star opened up about the sexual abuse she endured while growing up.

"I did not have an easy childhood,” she told the crowd. “Despite loving parents, I was molested from age 6 to 10 by my female babysitter.”

The 46-year-old continued, “I went to a friend's boyfriend's house and when she was busy. The boyfriend's older brother decided he would teach me backgammon, which led in to a back massage, which led to rape. My first heterosexual experience. He was 25 years old, I was 12.”

Things didn't get better. Anderson explained, “My first boyfriend in grade nine decided it would be funny to gang rape me with six of his friends. Needless to say, I had a hard time trusting humans and I just wanted off this earth.”

Pamela's parents weren't much help. Her father was an alcoholic, while her mother worked two jobs. “My mom was always crying, dad didn't always come home, leaving us in tremendous pain and worry. I couldn't bear to give her more disruptive information, so I couldn't break her heart any more than it was breaking.”

Anderson insisted, “My affinity for animals saved me, they came to me naturally. The trees spoke to me, I wasn't sure why I was alive, a burning question, a quest. My loyalty remains with the animal kingdom. I vowed to protect them and only them. I prayed to whales with my feet in the ocean, my only real friends until I had children. Then I realized humanity was suffering and our children were born perfect."

Pamela said she wanted to share her painful past so her fans would know what motivated her to start her foundation, which aims to support organizations that help humans and animals.