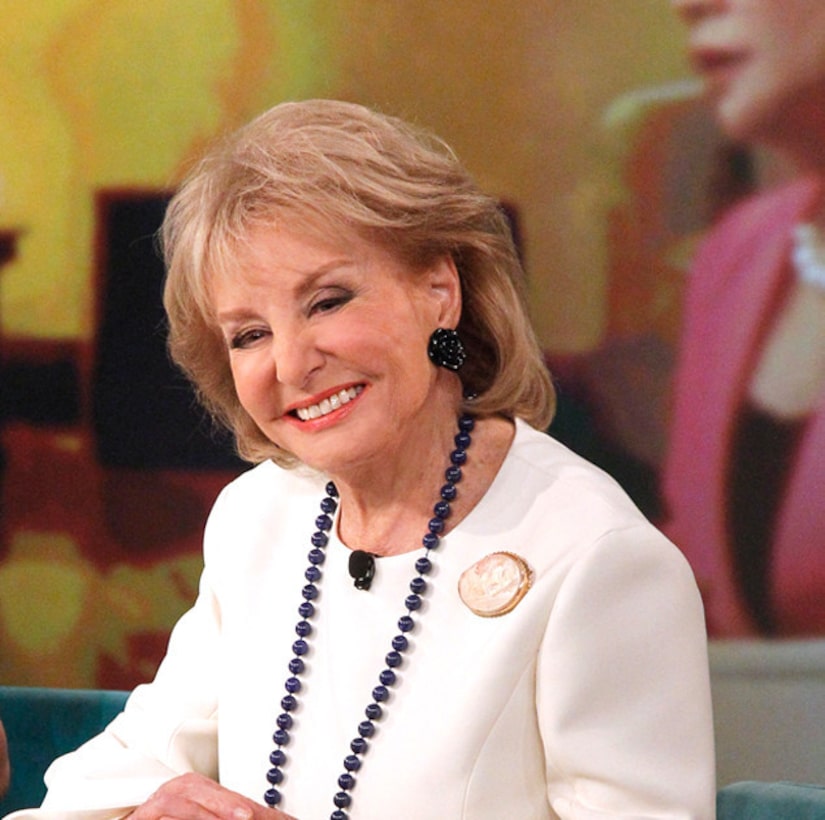 Veteran TV broadcaster Barbara Walters is hanging up her microphone after more than five decades on air, and her send-off on “The View” Friday was epic.

Here are five of the best moments: 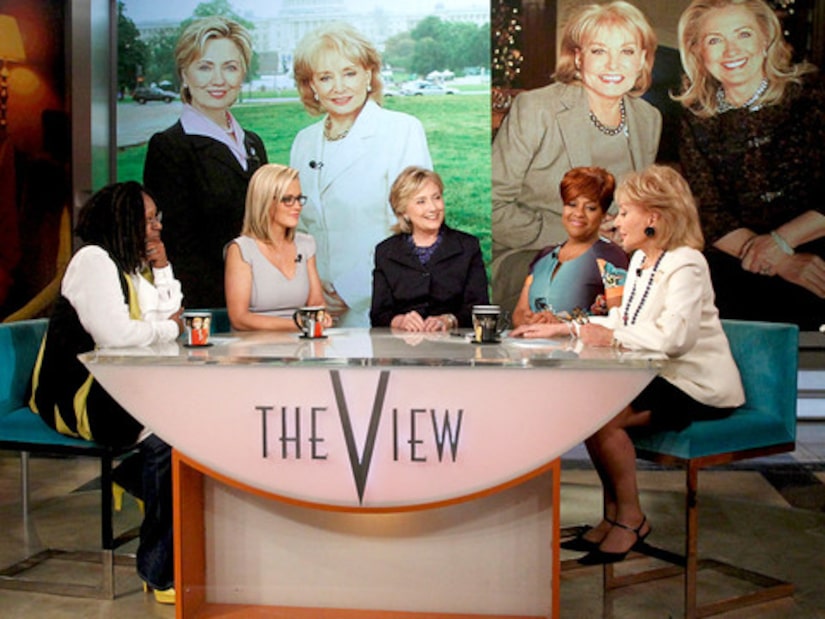 The former Secretary of State made an appearance, and Walters suggested maybe Clinton should replace her on the morning talker. “Then I won't be asking you what you're doing next all the time,” laughed Barbara.

Actually, Walters did have one more question for Hillary about a possible 2016 presidential campaign. Are you gonna run?" Walters inquired. Clinton answered, "Well I am running... around the park!" 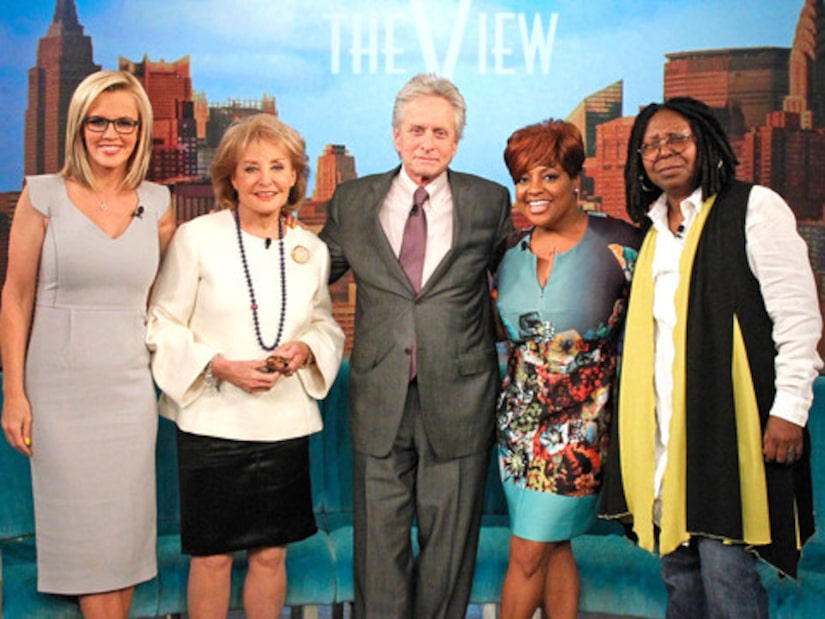 The Oscar-winning actor was “The View’s” first guest and has appeared on the show 12 times. He had advice for the outgoing TV journalist. "Take a little rest, but if Hillary runs, I think you'd be a great Vice President.”

Oprah surprised Walters with an appearance. "Of course I'm here!" Winfrey told her. The media mogul then paid a loving tribute. "I had to be here today, Barbara. I had to be here for your last show to celebrate you because of what you have meant to me. You have literally meant the world to me. There truth is, there are so many things I want to say, but there just isn't enough time to say them all. Like everyone else, I want to thank you for being a pioneer and everything that that word means... I thank you for the courage it took every day to get up and keep doing it, during those day when you walk in to ABC Evening News newsroom and your co-anchor [Harry Reasoner] didn't want you to sit there. I thank you for the courage it took you every day to get up there and sit there." 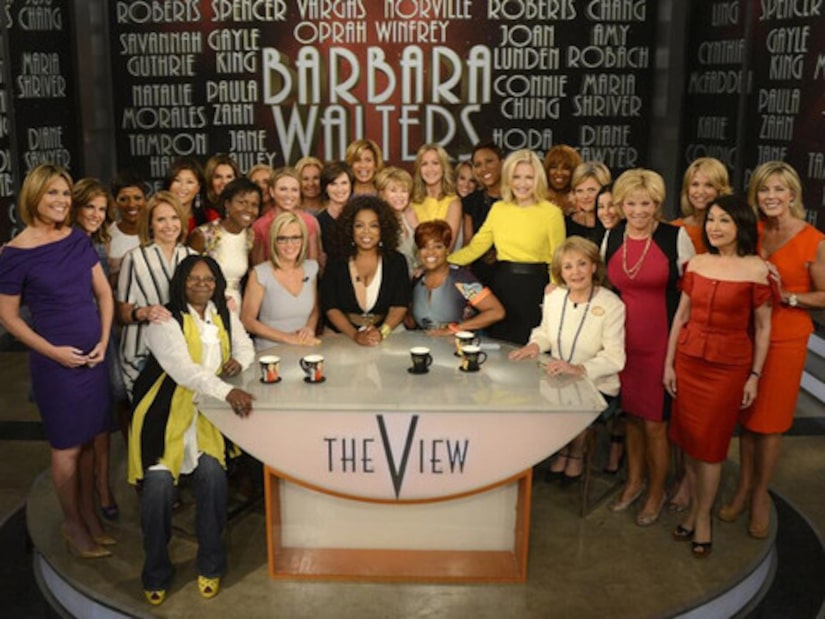 Winfrey then introduced 25 female broadcast journalists from every major news network, all of whom Walters influenced. The women, including Juju Chang, Julie Chen, Katie Couric, Kathie Lee Gifford, Savannah Guthrie, Tamron Hall, Gayle King, Hoda Kotb, Joan Lunden, Natalie Morales, Amy Robach, Robin Roberts, Diane Sawyer, Maria Shriver, Elizabeth Vargas, Connie Chung and Meredith Vieira. The legendary newswoman was moved to tears as she hugged each of the women. "I just want to say, this is my legacy! These are my legacy! And I love you -- all of you!"

After plugging her two-hour ABC special airing Friday at 9PM, Walters said she will finally settle into her retirement.

“Extra’s” AJ Calloway was with Oprah Winfrey minutes after she surprised Barbara Walters on her last day of “The View.”