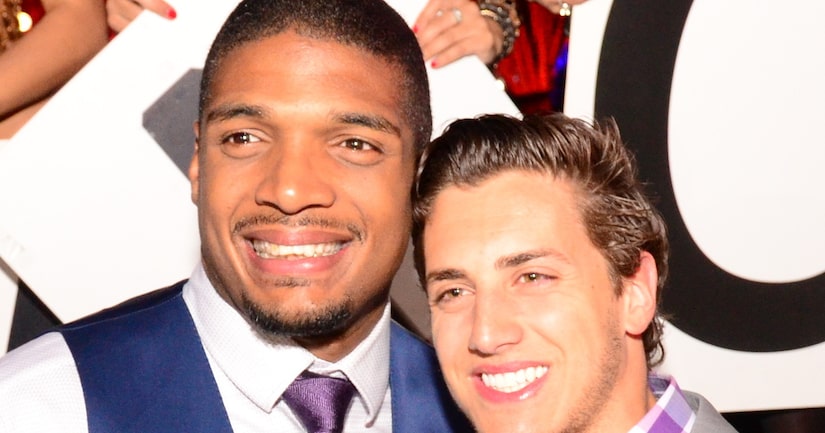 Drafted by the St. Louis Rams in the seventh round, the defensive end from the University of Missouri was joined by boyfriend Vito Cammisano, who swam competitively for the school.

Cammisano, who has reportedly been dating Sam for several months, also posted an emotional kiss after Sam got the call that he'll be playing for Rams next season.

Sam's draft by the St. Louis Rams organization has raised some issues, not only about openly gay athletes in sports, but also about the laws in Missouri concerning sexual orientation.

Sen. Claire McCaskill (D-Mo.) posted on Twitter, "Michael Sam could still be fired for just being gay according to MO law. Let's fix that in Jeffcity."

Dara Strickland, Board President of the LGBT Community Center of Metropolitan St. Louis, told USA Today, “You can apply for a job in Missouri at least, and there's no protection for being asked, 'By the way, are you gay?' and being explicitly told, 'You know, we don't hire gay people.' You can be fired for being gay, lesbian or transgender.”

There is a current bill -- the Missouri Nondiscrimination Act or MONA -- which would extend the existing Missouri Human Rights Statute to include sexual orientation and gender identity as protected categories. It was introduced into state legislation in March, and has yet to pass.

Strickland hopes things will be expedited, depending on Sam's performance during training camp, which is set to begin on July 25.