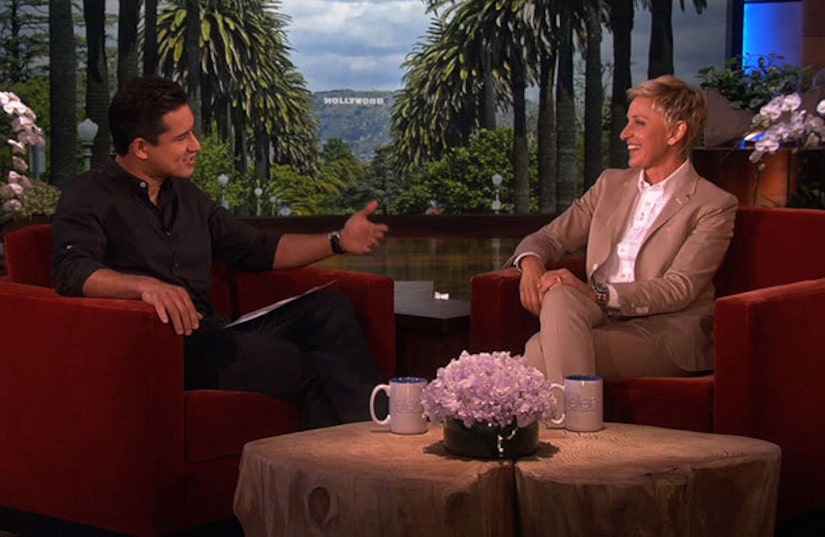 “Extra’s” Mario Lopez sat down with Ellen DeGeneres on the set of her show, where they talked about hosting the Oscars, and that selfie that broke Twitter.

DeGeneres explained, “The joke was going to be that I was going to say, ‘Meryl Streep, let’s you and I try to break the record for re-tweets.’ I was hoping people would join, but I didn’t know how many. Then the joke was… there was going to be too many people in the picture, and I was going to ask Meryl to get out to take the picture. Bradley Cooper kept trying to leave, but I was no, no, no, I was trying to say no Meryl, you get out, but it never happened, and he just put his hand out and captured that one shot.”

Would Ellen consider hosting the Oscars again next year? “The answer is, I don’t know… I’m going back and forth on both of those things because it’d be a lot of fun to do it again… it was a lot of fun. It is also a lot of work and it added a lot because I was doing this show every day.”

Along with “The Ellen DeGeneres Show,” the TV personality also has a new show, "Ellen's Design Challenge,” that will air on HGTV.