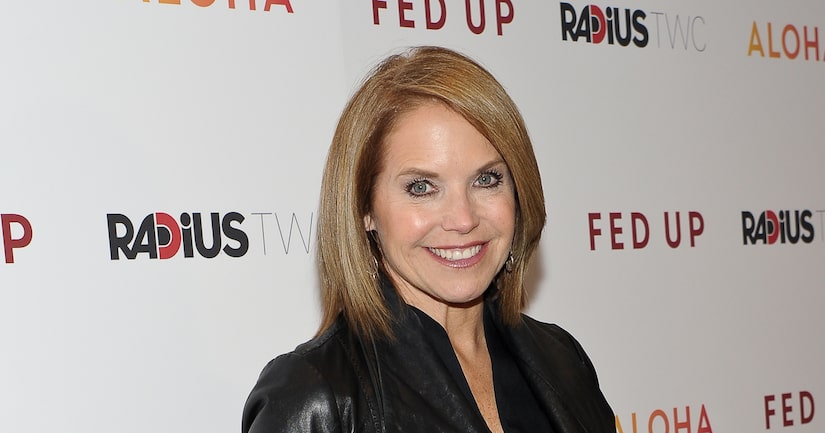 “Extra” caught up with Katie Couric in NYC on Tuesday at the screening of her documentary film “Fed Up,” where Couric talked about reports saying she’s in talks to return to “Today” show while co-host Savannah Guthrie is on maternity leave.

Couric said, “I think people love to speculate and basically, I am very busy right now doing this documentary. I’m the global news anchor at Yahoo, so I’m so excited about that. I’m wrapping up my talk show and still taping many shows a week, and I’m getting married and my daughter’s graduating high school, not in that order, so my plate is really full.”

Katie continued, “I love my friends at NBC, and I’m really flattered that there’s even conversation, because I’m still very close to many of them and I’m always cheering them on.”

When asked if it could happen, Couric admitted, “I don’t know.”

Guthrie also attended the screening and told “Extra” she thinks it would be great for Couric to join the team while she's gone. “I’m an original Katie fan. I've said so many times… she’s one of the reasons I got into this business, so if Katie is one of the ones that comes to fill in, I think that would be really cool.”