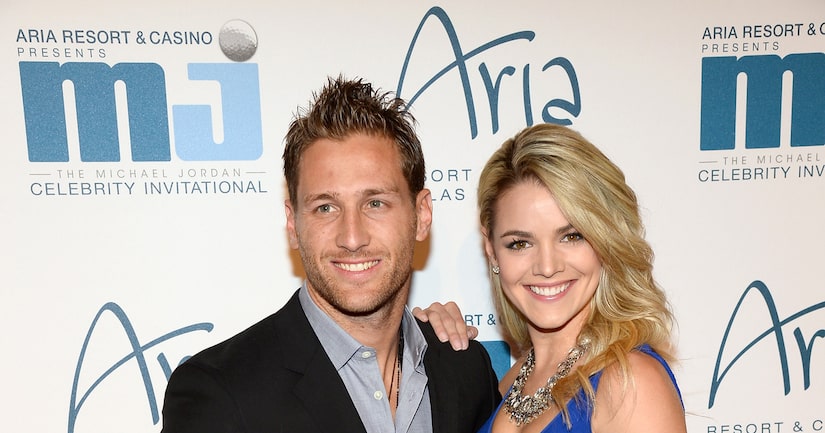 “Extra” caught up with “Bachelor” Juan Pablo Galavis this weekend in Las Vegas, where he hosted a Bachelorette Bash at Chateau Nightclub, and revealed he's still not ready to put a ring on Nikki Ferrell’s finger.

Juan Pablo said, “I’m planning on having a real relationship, and that’s what I’ve been doing. You don’t rush into things, and I wasn’t going to rush into it, so I’m going to take my time.”

He continued, “I have a daughter, a family, many things to think about. I’m still getting to know her and we get to know each other every day and it’s been great.”

Galavis also talked about new “Bachelorette” Andi Dorfman, who made a dramatic exit from “The Bachelor” after a disastrous overnight date with Juan. “I don’t know, it’s going to be tough. We’ll see how she does. I will tweet what I think on May 19.”

The reality TV star admitted he does not regret anything from his “Bachelor” days. “I don’t regret anything that I said or did. Watching it back I’m like, ‘Wow, I wish many other things would’ve come out, because I had a great experience.’ My experience that I lived, it was fabulous.”