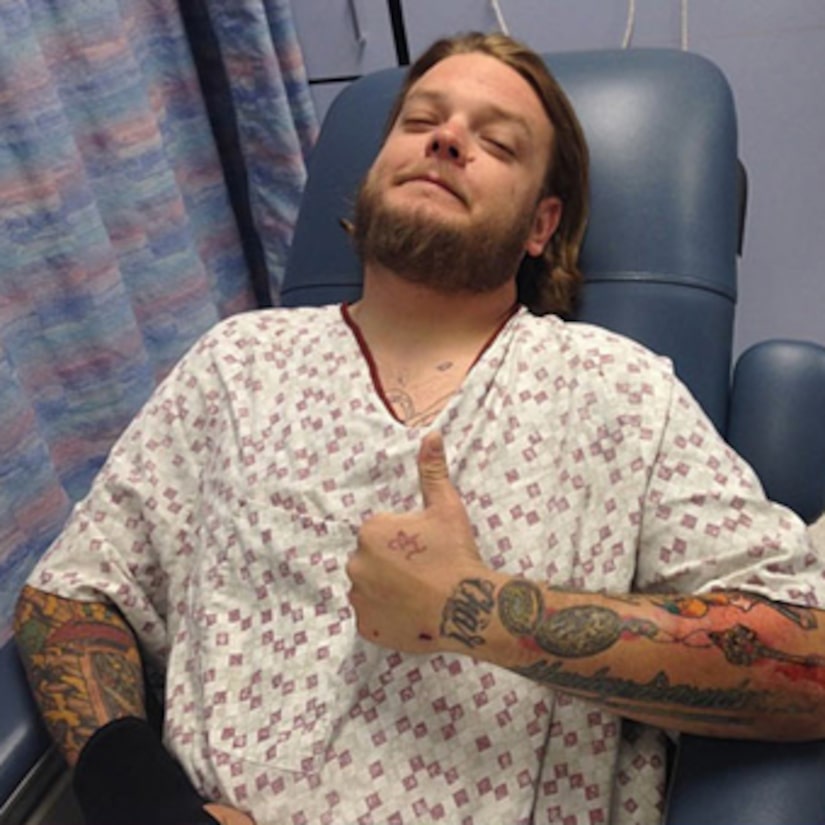 Corey Harrison of “Pawn Stars” fame is lucky to be alive after jumping from a motorcycle while going 40 MPH.

According to TMZ, Harrison was on his way to pick up party supplies for his own birthday bash last Saturday when a piece of his bottom fender mount broke off. His bike went into a tailspin at 40 MPH.

To avoid hitting a nearby wall or being thrown into traffic, the reality star jumped off the motorcycle!

Afterward, Corey opted to attend his birthday party before going to the hospital. He didn't learn until later that he had a broken hand, requiring eight screws and two plates.

He was supposed to have a second party in Las Vegas at the D Hotel and Casino on Monday, but wasn't able to attend. They brought the party to him!

So because I broke my arm this weekend I missed my birthday dinner at @AndiamoLV at my... https://t.co/4kbVgidRlV pic.twitter.com/pakhgEGJ1B