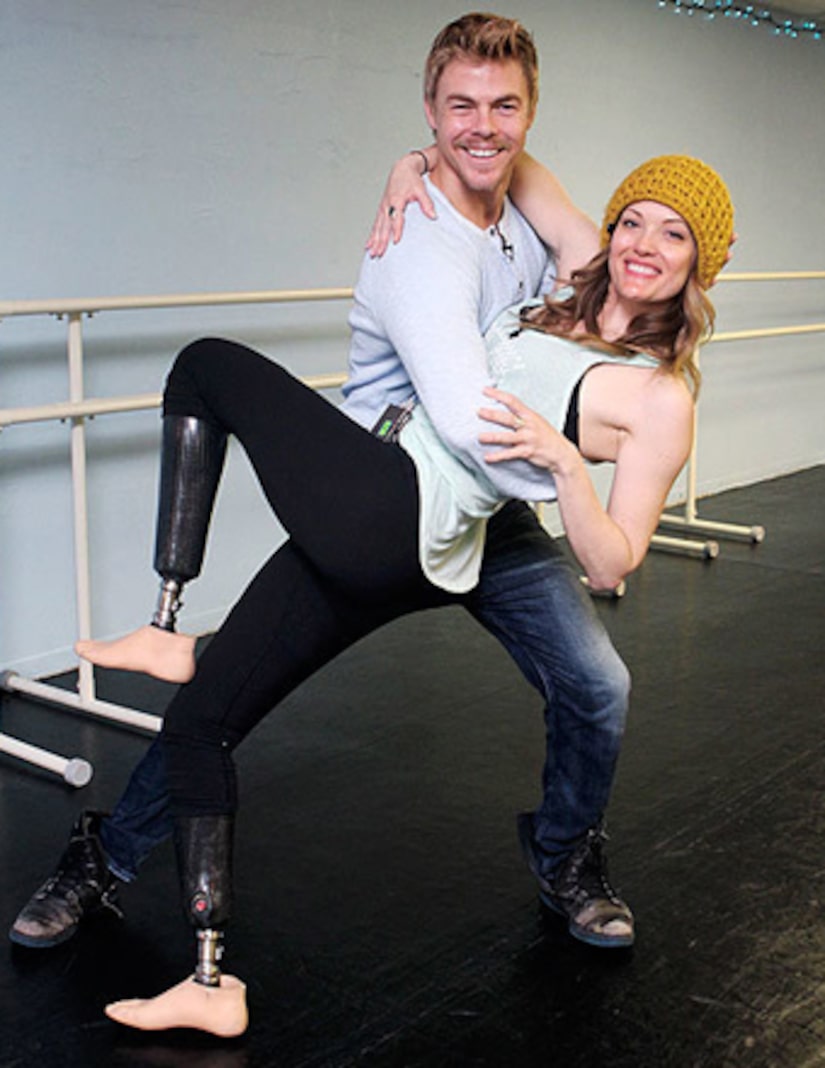 Amy Purdy is the first double amputee to grace the “Dancing with the Stars” stage, and the Paralympian snowboarder is already America’s darling! She even received a standing ovation for her performance with partner Derek Hough on Monday night.

“Extra’s” Maria Menounos caught up with the 34-year-old beauty to find out more about her story of survival, and life leading up to “DWTS.”

Purdy lost her legs when she was 19, following a deadly bout with bacterial meningitis. She was only given a 2 percent chance of survival.

Amy told Maria, “This doesn't define me, if anything it just motivated me to figure it out.”

While getting to know Purdy, “Extra” uncovered some little-known facts about the star.

Amy, who is featured in Duracell's "Trust Your Power" commercial, revealed that she is also an actress, and starred in the 2005 indie flick “What’s Bugging Seth.”

She’s no stranger to reality TV. In 2012, she competed in the 21st Season of “The Amazing Race.” Her partner also happened to be her boyfriend, Daniel Gale.

Maria asked if Amy sees marriage and children in her near future. She replied, “I've got too much going on right now!”