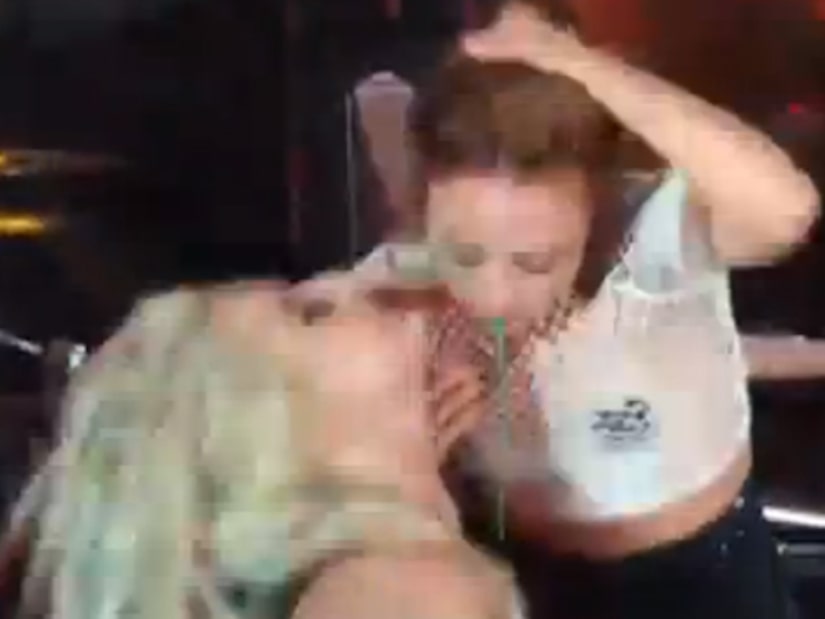 Eww! A woman walked onstage and vomited all over Lady Gaga during her performance of “Swine,” at SXSW! Watch the crazy video!

Of course, the woman was a pro puker, hired to guzzle a green liquid and then forcibly throw up on the singer.

The bizarre show also included roasting Mother Monster on a BBQ spit, a woman provocatively eating sausages, and Gaga riding a mechanical pig while playing the keyboard. Before the show, the 27-year-old singer, who was sporting dreadlocks for the performance, tweeted this sneak peek pic with a "little friend."

The #BoldStage concert was a celebration of Lady Gaga's Born This Way Foundation and attendees could only gain entry by performing a Doritos Bold Mission.

Some of the missions included jumping from a 30-foot high platform to grab a ticket to the show, competing in a roller derby while wearing a sumo wrestler suit, and more.

We are pretty sure getting barfed on wasn't on the list.