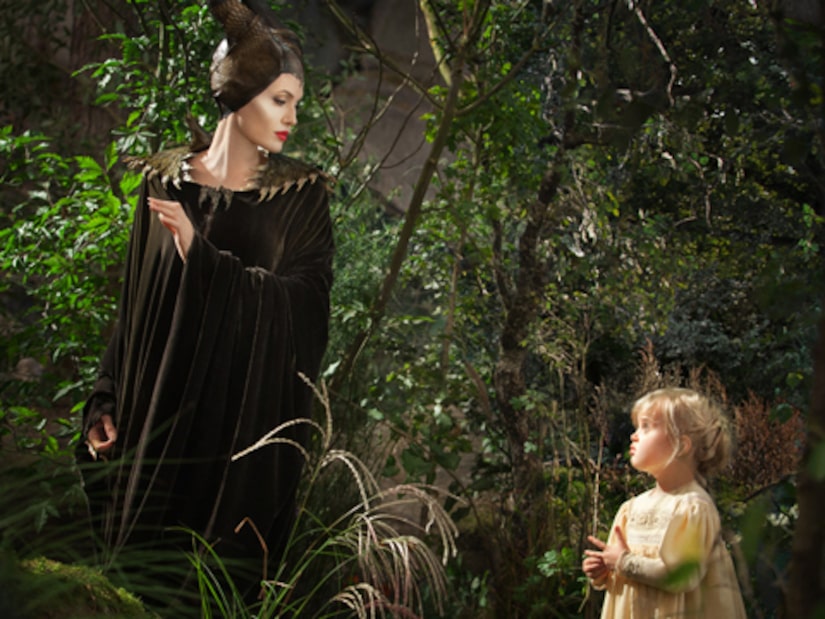 Angelina Jolie and Brad Pitt's daughter Vivienne Jolie-Pitt looks absolutely adorable in “Maleficent,” but we can't say the same for her mom!

The new pic features Angelina as the wicked witch, staring-down the 5-year-old, who plays a young Princess Aurora in the movie.

Angie told Entertainment Weekly that the main reason Vivienne landed the role was because other kids were too scared of her costume.

“It had to be a child that liked me and wasn't afraid of my horns and my eyes and my claws,” she said. “So it had to be Viv."