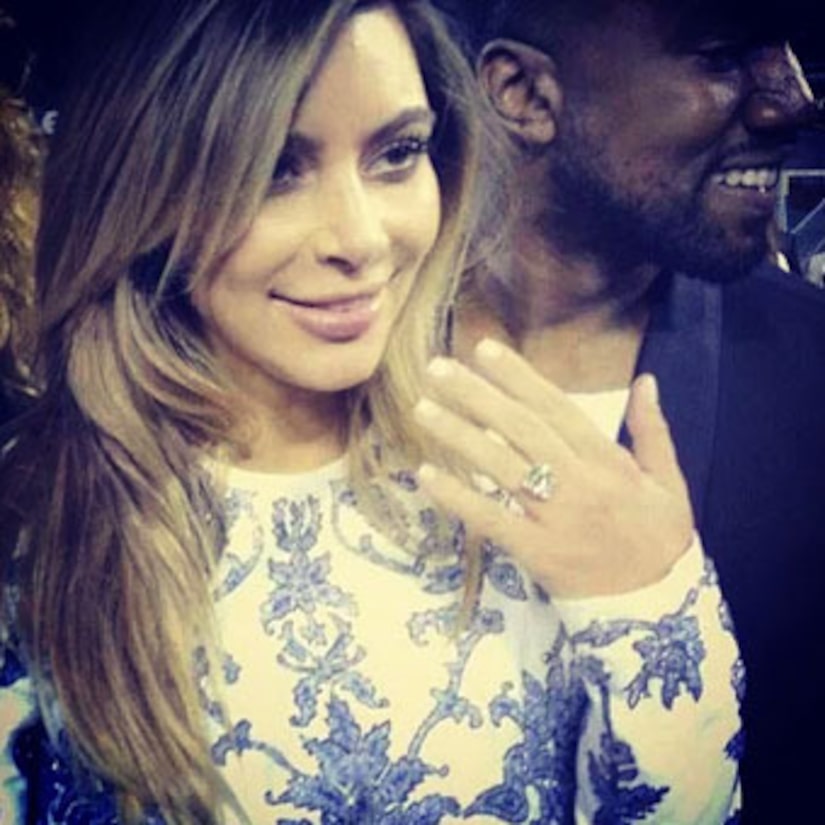 Say it ain't so! Kanye West's over-the-top birthday proposal to Kim Kardashian may have been faked for TV.

“Keeping Up with the Kardashians” sleuths uncovered new evidence pointing to the fact that the whole thing -- orchestra, jumbotron and all -- may have been staged. Shocking!

It turns out the latest episode of the “KUWTK,” called “Surprise Engagement Part 1,” includes shots of Kim wearing her 15-carat engagement ring, before Kanye ever popped the question! Is there any chance the rapper actually did pull off the surprise of a lifetime? Yes.

RadarOnline.com points out that the events may have been edited out of sequence.

Gossip Cop concurred, saying that the footage was definitely filmed after Kanye got down on one knee.