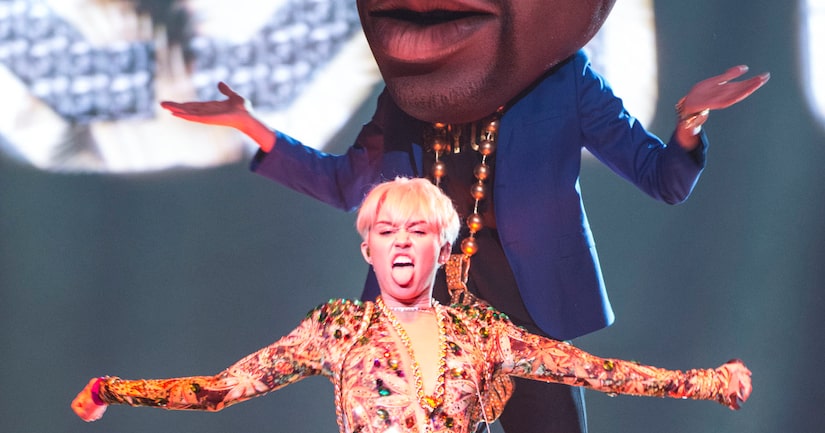 A source told the Aussie site NineMSN that "Miley's management has been flooded with complaints, mainly from parents, since her tour began last week in Canada with calls for the entire tour to be axed.”

The source added, “Her team, including management, record label execs and the entire tour staff including the director, costume department and choreographers -- have been called for an emergency meeting as arenas across the U.S. threaten to pull out of the show."

E! News reports, however, that the rumors are completely false. Tour company Live Nation, which is handling Miley's show, said in a statement, "There is no truth whatsoever to any stories or rumors of venues pulling out of the 'Bangerz' Tour. Miley has created a tour that's big, spectacular, entertaining and everything you would expect from Miley Cyrus. Reviews have been amazing and most important, fans are loving the show and having a great time."

The 21-year-old also joined in the conversation on Twitter, writing, "You can't say I didn't warn you. Now sit back relax & enjoy the show. #bangerztour." She added, "Save your complaints for the McDonalds drive thru when they forget the 'fries with that.'"

You can't say I didn't warn you. Now sit back relax & enjoy the show. #bangerztour pic.twitter.com/680jp9Etti

Miley kicked off her Bangerz tour in Vancouver on Feb. 14.

She will perform in Anaheim, Calif., tonight before her big show at L.A.'s Staples Center on Saturday.