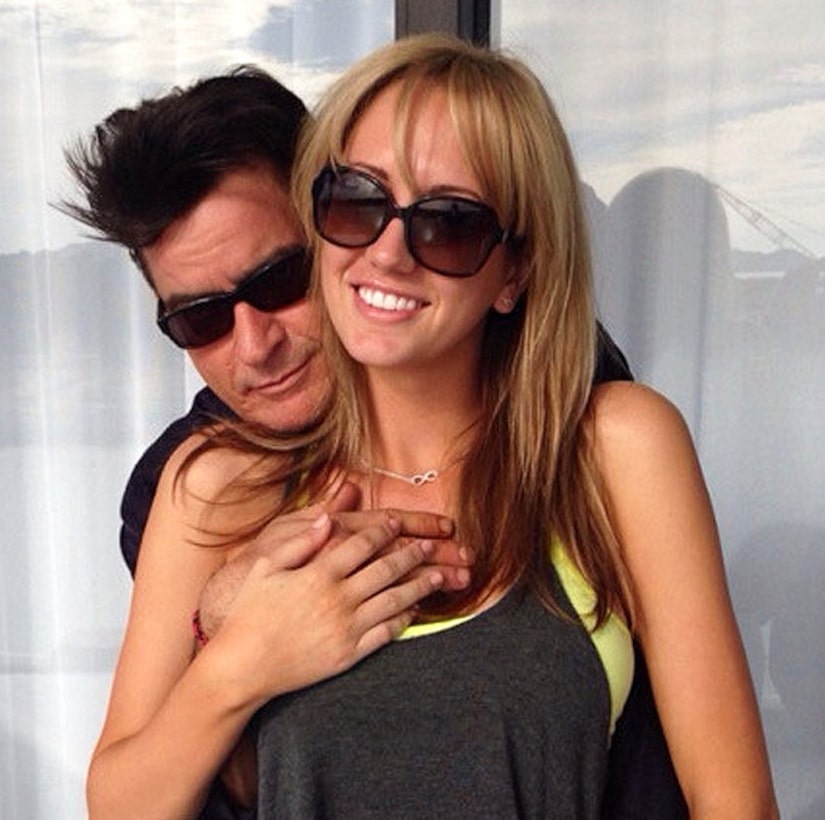 Although Charlie Sheen and fiancée Brett Rossi are excited about their engagement, their wedding date is undetermined because Rossi is still married to someone else!

The former adult film actress is still in divorce proceedings with husband Jonathan Ross, Sheen's rep confirmed to People.com. "She's been separated from this guy for two years. It's just a matter of the paperwork winding its way through the court system."

The “Anger Management” star is fully aware of her predicament. The rep explained, "Charlie and Scottie have no secrets,” referring to Rossi's nickname. "Charlie is well aware of Scottie's situation."

Happy Valentine's day to the love of my life & my best friend! Everyday is Vday when I'm with you @charliesheen 💌💋❤️ pic.twitter.com/be4OmMpBe8

Sheen popped the question on Saturday in Hawaii, making it potentially the fourth time he will say "I do."

He also recently said he's willing to have more kids with Brett… watch.