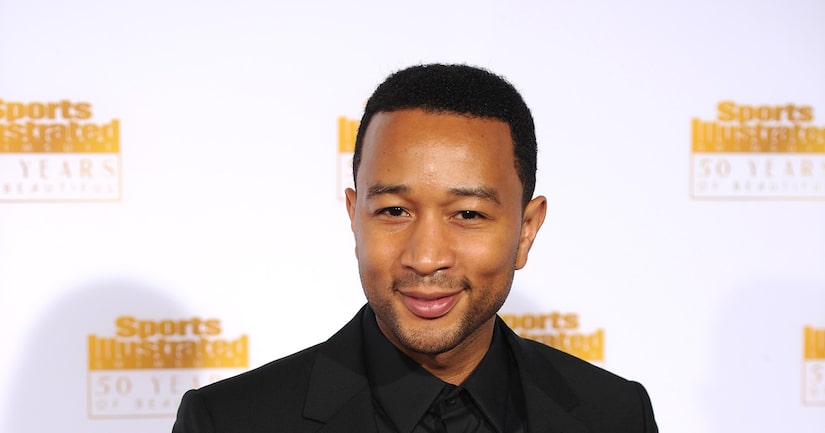 “Extra” caught up with singer John Legend as he rehearsed for his performance for the 2014 Grammy Awards on Sunday.

Legend responded to recent pregnancy rumors sparked by a suspicious looking photo of wife Chrissy Teigen. “Chrissy had a bad angle, looked like she had a bump, but it’s not a bump.” John did add, however, “We’re practicing every day.”

The singer said he is more nervous about his Grammy nomination for Best R&B Album than his performance. “I’m still nervous, a little bit about winning the award… It would be really nice if I won.” As for the performance, “I am really excited about it. I haven’t performed at the Grammys in a few years.”

Check out John and many more when the 2014 Grammy Awards air live on Sunday on CBS!