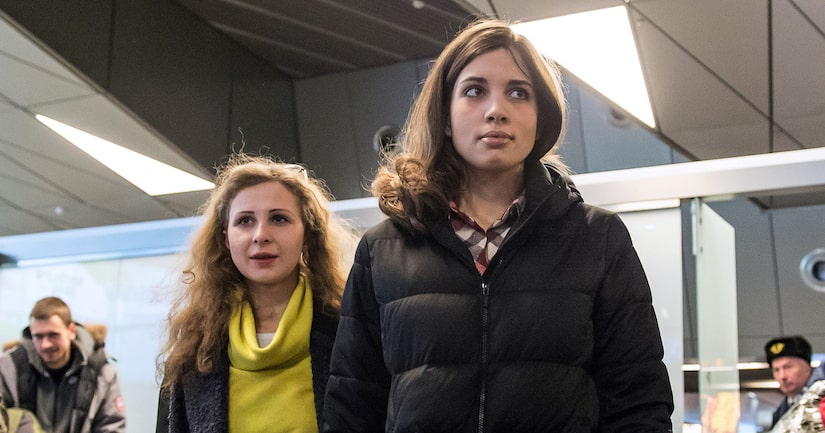 The two, who were serving two-year sentences for delivering a "punk prayer" opposing Putin in 2012, gave a press conference after being released from prison this week, saying they plan to form a human rights organization called "Zona Prava” or “Justice Zone,” which will focus on the protection of prisoners.

They do not plan to fund the new group by performing. Tolokonnikova said, “We are not Pussy Riot now.” Instead, they hope to be financed by crowd-funding and will also collaborate with former tycoon Mikhail Khodorkovsky, who was freed last week after serving a 10-year jail term. Tolokonnikova added, "We won't ask anyone for financial assistance."

The women also repeated their call for Western countries to boycott the Olympics. "Human rights activities in Russia are inevitably linked to politics," Alyokhina noted.