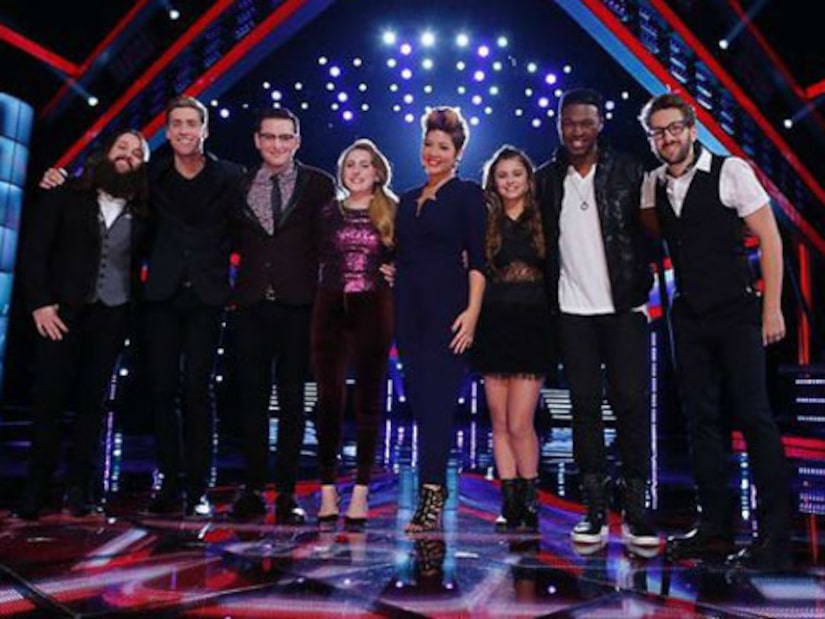 We live-blogged the “The Voice” top 8 results episode!

Update: It was announced tonight that Ryan Tedder of One Republic is joining the show as an in-house producer and songwriter. He will work with the top three contestants and pen a song for them to sing at the finale!

9:59 PM: The instant save this week is Matthew! Tonight, America says goodbye to Ray and Caroline. As it stands, CeeLo no longer has any contestants in the competition. Adam has three, Christina has two and Blake has one.

9:53 PM: In a "Voice" shocker, the bottom three this week are Ray, Matthew and Caroline.

9:51 PM: The next contestant moving on to the top 6? Tessanne Chin!

9:46 PM: The top 8 are at it again, this time singing One Republic's "Apologize" against a psychedelic light show. The crowd shows their support, waving their hands along with the music.

9:36 PM: Cee Lo and the Goodie Mob hit the stage for an upbeat performance of "Amy," ending with a beauty floating down from above.

9:32 PM: Carson announces that fans have voted Blake and Adam as the two stars they would most like to have over for Thanksgiving. What will the two coaches be up to? Blake jokes that he will be eating and drinking turkey in Oklahoma. Adam adds that he will spend the holiday in L.A. He assures he will be eating a lot, but not cooking... that would be "scary"!

9:27: It's time to name the next safe artist... and it looks like Cole Vosbury will be moving on to the next round!

9:21 PM: The top 8 and the Starbucks Chorus sound angelic as they sing the gospel tune "Will the Circle be Unbroken."

9:14 PM: The judges seem nervous, but supportive going into the first elimination. As the top 8 wait on the chopping block, Carson Daly announces that America has saved... Will Champlin!

9:05 PM: Ellie Goulding kicked off the show singing "Burn" with a little help from Will, Mathew and James. Ellie looked stunning in black short shorts and a lace up tank vest and boots.