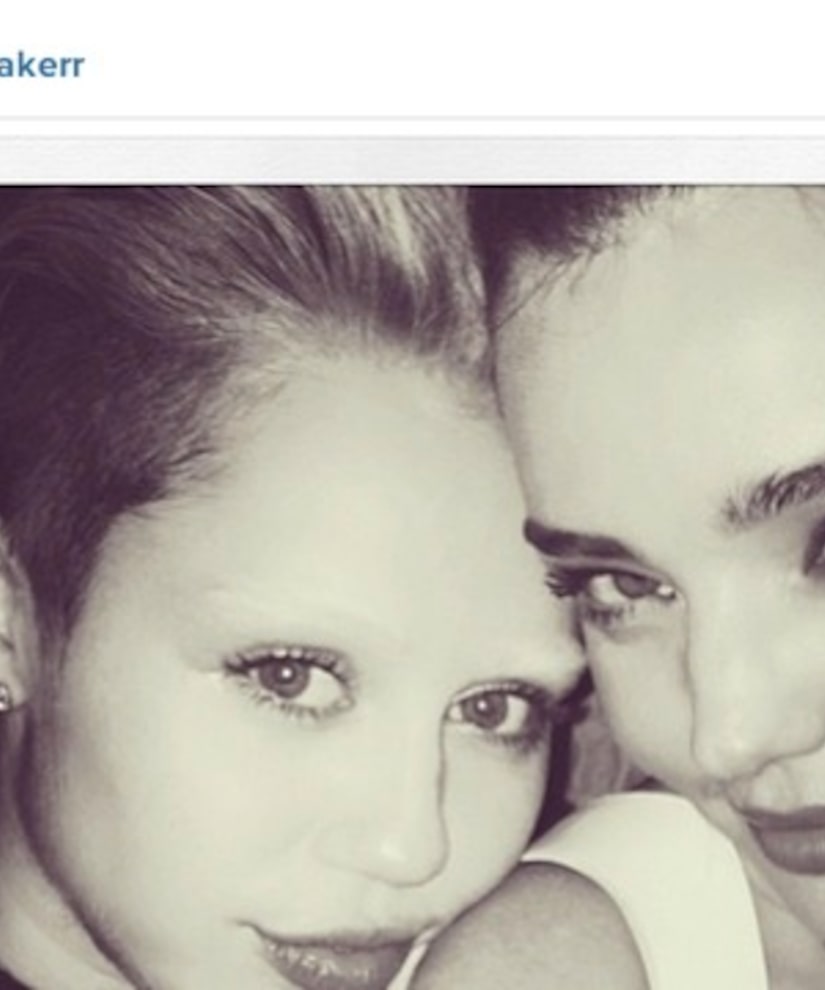 Fashion photographer Mert Alas posted a photo on Instagram of Miranda and Miley, which was then reposted by Orlando Bloom's ex with the caption, “Shot by the master @mertalas with the gorgeous @mileycyrus.”

Are the bleached eyebrows for real? Miley posted another pic on Twitter, which shows her dark brows fully restored, along with the caption, "The best medicine. Night night." It remains unclear if the image was an older photo of Cyrus.