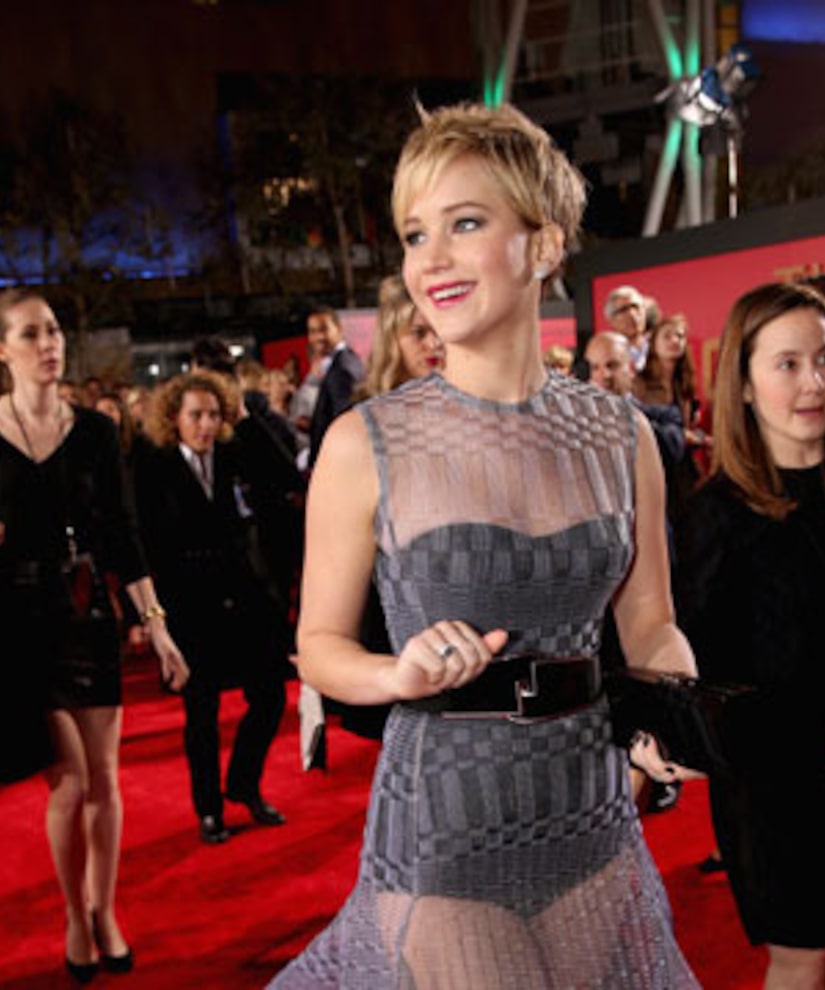 Jennifer Lawrence looked like she stepped off the Victory Tour on Monday night at the L.A. premiere of “Hunger Games: Catching Fire” wearing a Christian Dior gown that can only be described as Capitol approved.

It turns out she's not the first star to don the design! Scroll down to see else wore the smoking hot dress.

Following the sheer trend, J.Law donned a black leotard with a purple (or is it gray?) see-through dress over the top, leaving little to the imagination.

Lawrence, who plays Katniss Everdeen in the series, wore a deliberately messy pixie ‘do, and bright pink lipstick.

The 23-year-old kept it PG-13 on the red carpet, compared to say, Jaimie Alexander, Cassadee Pope and Gwyneth Paltrow, who in recent months stepped out in racy, barely-there gowns. 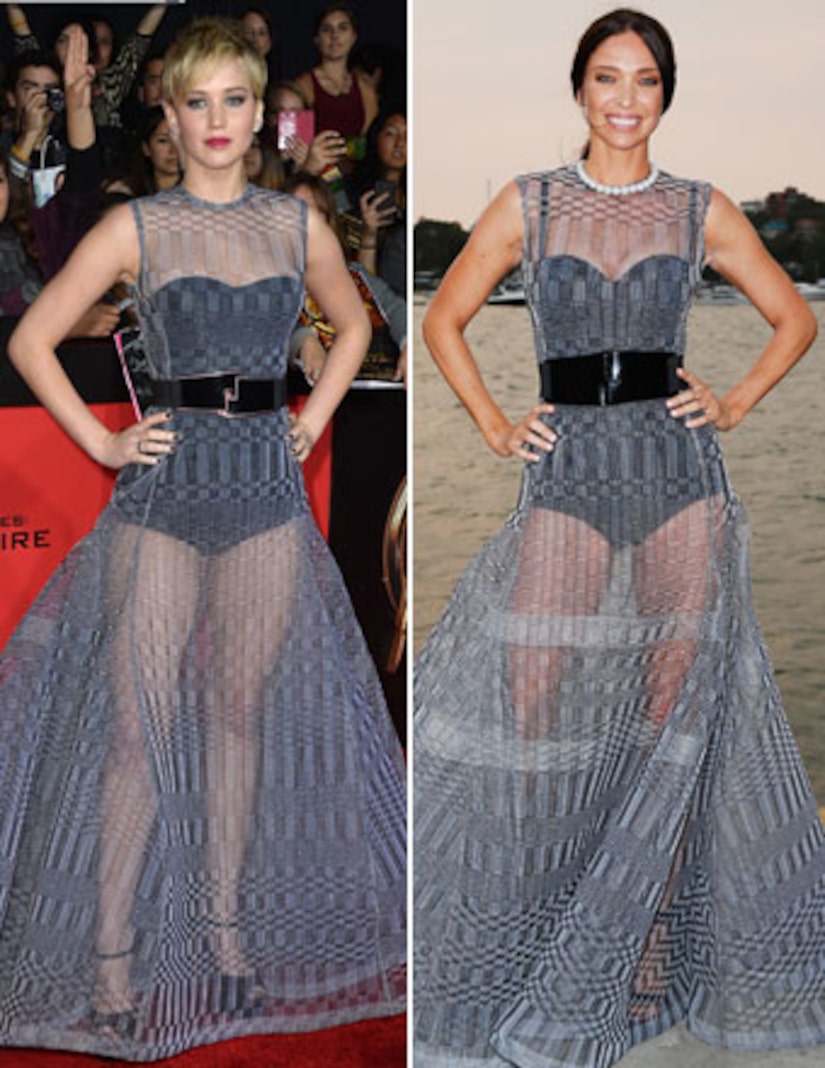 Back in October, Australian singer/model Erica Packer wore the dress to a Vogue launch party. Who do you think wore it best? Tell us on our Facebook page!

"Extra's" Renee Bargh caught up with "Catching Fire" stars Liam Hemsworth, Josh Hutcherson, Jena Malone, and Elizabeth Banks on the red carpet of the LA premiere of the film.