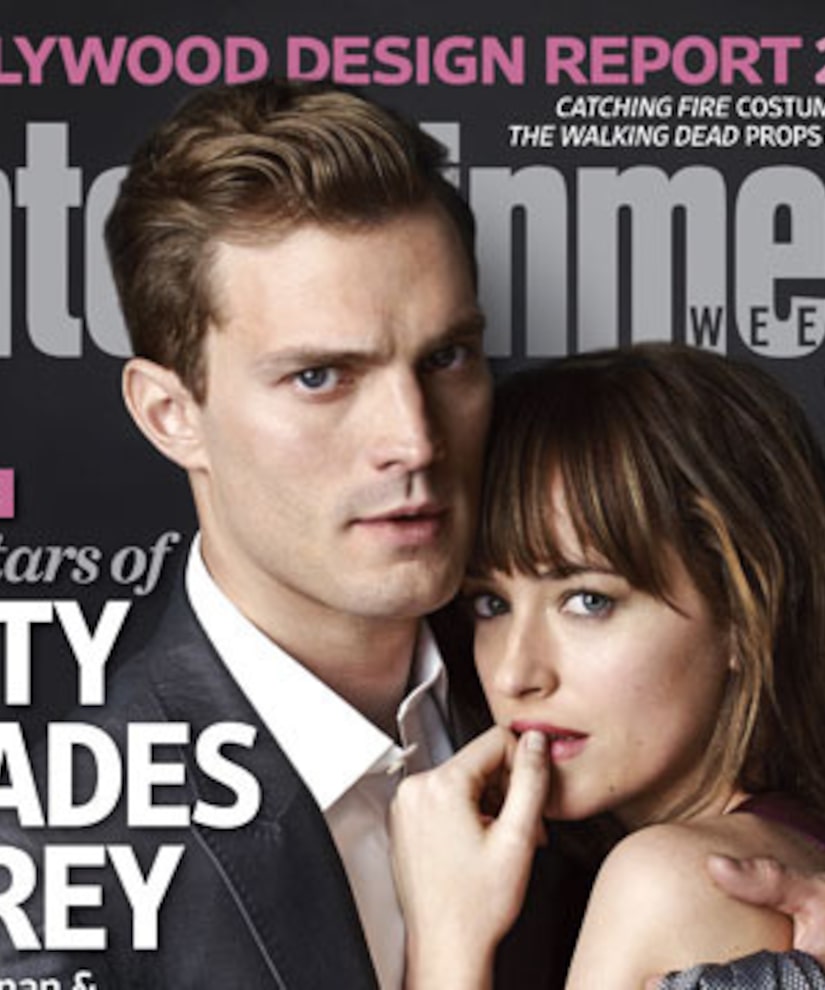 Jamie Dornan and Dakota Johnson played dress up for the new issue of Entertainment Weekly, posing as their “Fifty Shades of Grey” characters, Christian Grey and Anastasia Steele!

The actors opened up to the mag, which hits newsstands on Friday, about getting down and dirty for their new roles.

Dornan, who plays a billionaire with a penchant for S&M, confessed, “I grew up in a very liberal place. I'm not saying we had a playroom, but I'm not shocked by [the sex in the book]. It's essential to tell the story. I can't believe films that don't invoke the sexual side of it. So it works for me.”

Johnson, who plays a virginal college student, added that she's been getting shape for the role, “Obviously, I want to look good naked. I totally understand now why people exercise, because it kind of f**king feels awesome.”

What do you think? Are Jamie and Dakota hot enough to play E.L. James' kinky couple? Tell us below!

In other “Fifty Shades” news, one of the reasons that the film's release date was pushed back was to give Dornan (who replaced Charlie Hunnam) enough time to prepare for the role.