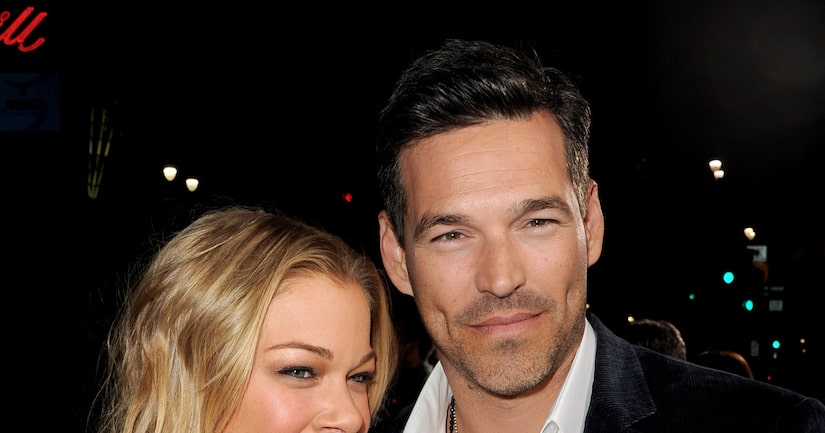 “Extra’s” Mario Lopez was with LeAnn Rimes and Eddie Cibrian at the Veterans Day “Wings of Inspiration” event, tackling all the rumors and talking more kids.

Although LeAnn is not pregnant, the two, who parent Eddie’s two sons from his marriage to Brandi Glanville, are hoping for a baby of their own. Rimes smiled, “We practice often,” with Cibrian adding, “She wants a little girl, badly.”

The singer explained the timing will be right when her record label contract ends. “I'm actually ending a record deal that I've been in since I was 11; 20 years at the same label. That ends next month, so, yeah, it's exciting.”

Rimes and Cibrian are currently shooting their VH1 reality series. Eddie said the reason they decided to do the series is because “a lot of people assume that they know who we are just because what they read in the tabloids and all that fodder. We wanted to give them a little glimpse to the opposite side of all of that, into our personality.”

LeAnn added, “You really get the sense of our lives and the normalcy… it's nice to work together. I've heard some crazy rumor… we don't fight on set.”

Another crazy rumor? That they are headed for a $50-million divorce. They both laughed. Eddie said, “It was just so ludicrous, saying something to the effect like I would text Brandi all the time whenever Leann and I are having a fight or something like that, and you know, that's not true.”

Check out the video of Mario, LeAnn and Eddie skydiving!