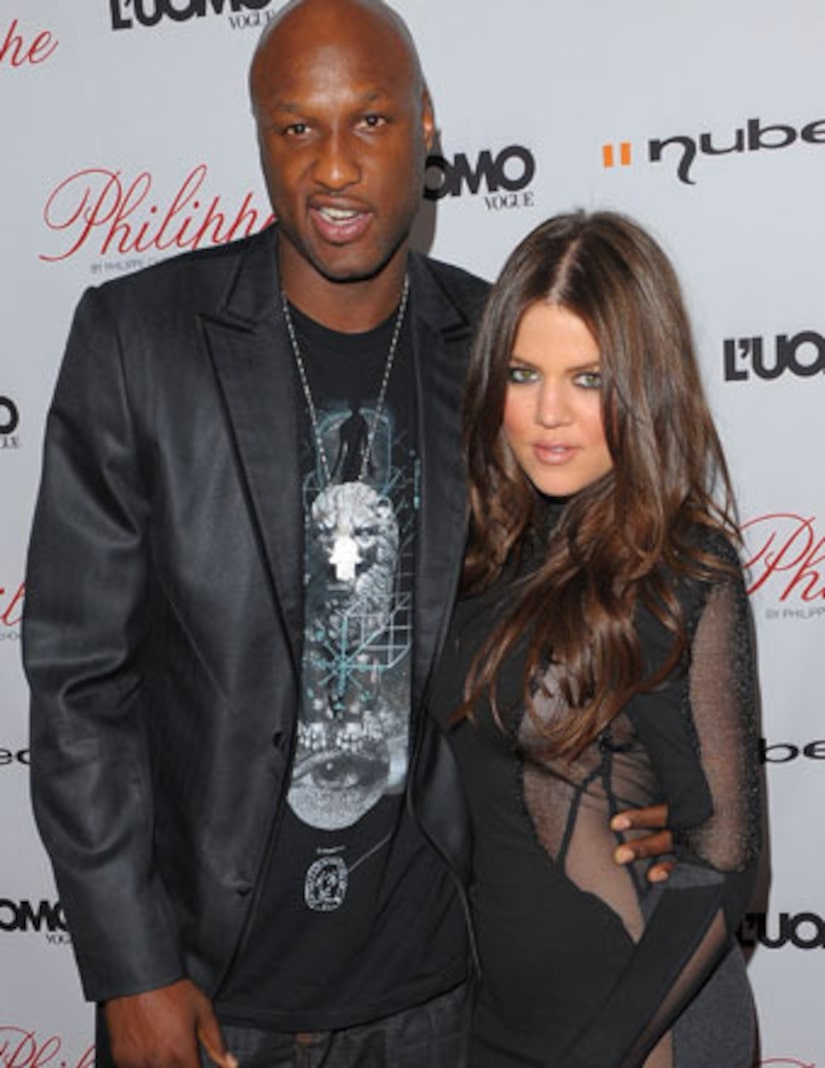 If you're hoping for reconciliation between Khloe Kardashian and husband Lamar Odom, you may have to wait a while longer.

New pics surfaced of the NBA player moving his belongings into a friend's home this weekend. See pics here.

Khloe and Lamar have been living apart for months after allegations of Lamar's reported drug taking and cheating.

The two were spotted having a good time at Kanye West's concert, but friends say they still aren't in a good place.

A source told People, “There are no talks about reconciliation. Khloe is very frustrated when it comes to Lamar. The fact that he doesn't seem to care to shape up makes Khloe act like she is over him.”

Another insider added, “Khloe doesn't know how they'll ever be a happy, married couple again. She is very hurt that he's lied to her about being clean. And she's made it clear that he can't spend time with her family until he is.”

The youngest Kardashian sister recently insisted she is not selling their $4-million Tarzana home, tweeting, “If u want 2make up stories that I'm selling my home at least use images AFTER I renovated it. LOL I can't stand those horrendous old images.”