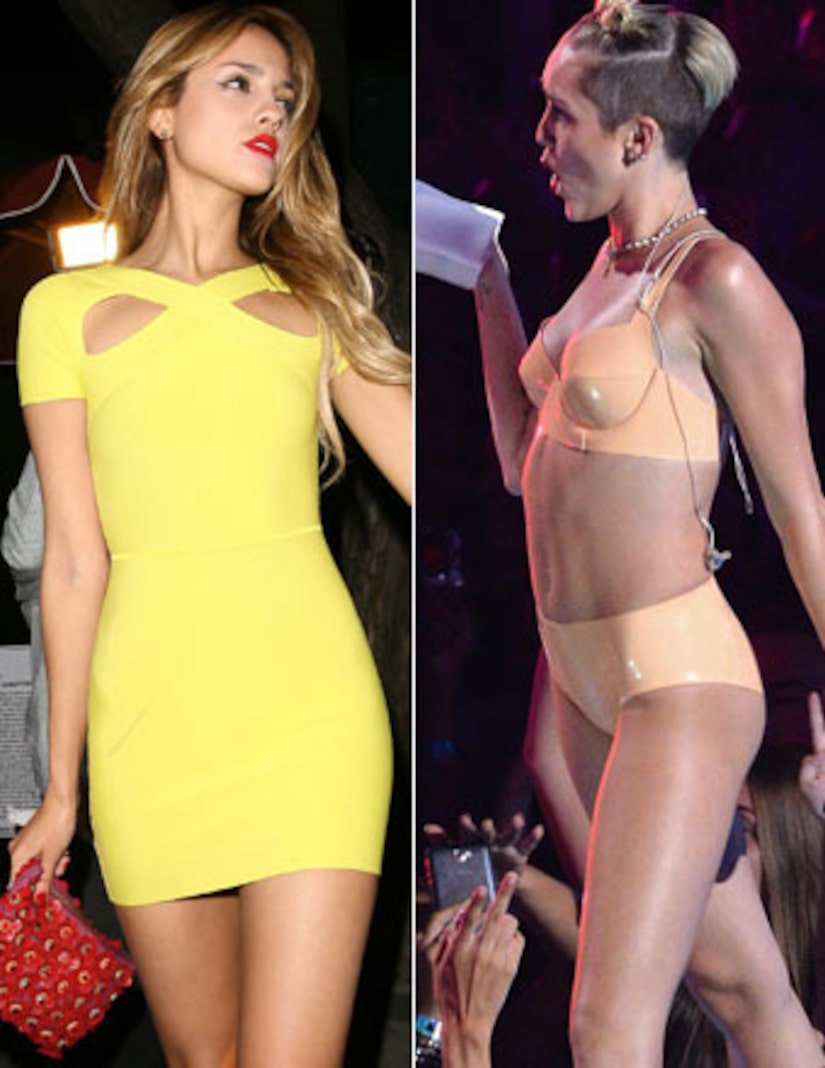 The actress walked by a Halloween shop in Hollywood on Thursday and appeared to be making fun of a Miley costume displayed in the window!

González was seen making a face and pointing at the sexy getup designed to look like the nude lingerie Cyrus wore for her infamous “Blurred Lines” performance with Robin Thicke at the MTV VMAs. 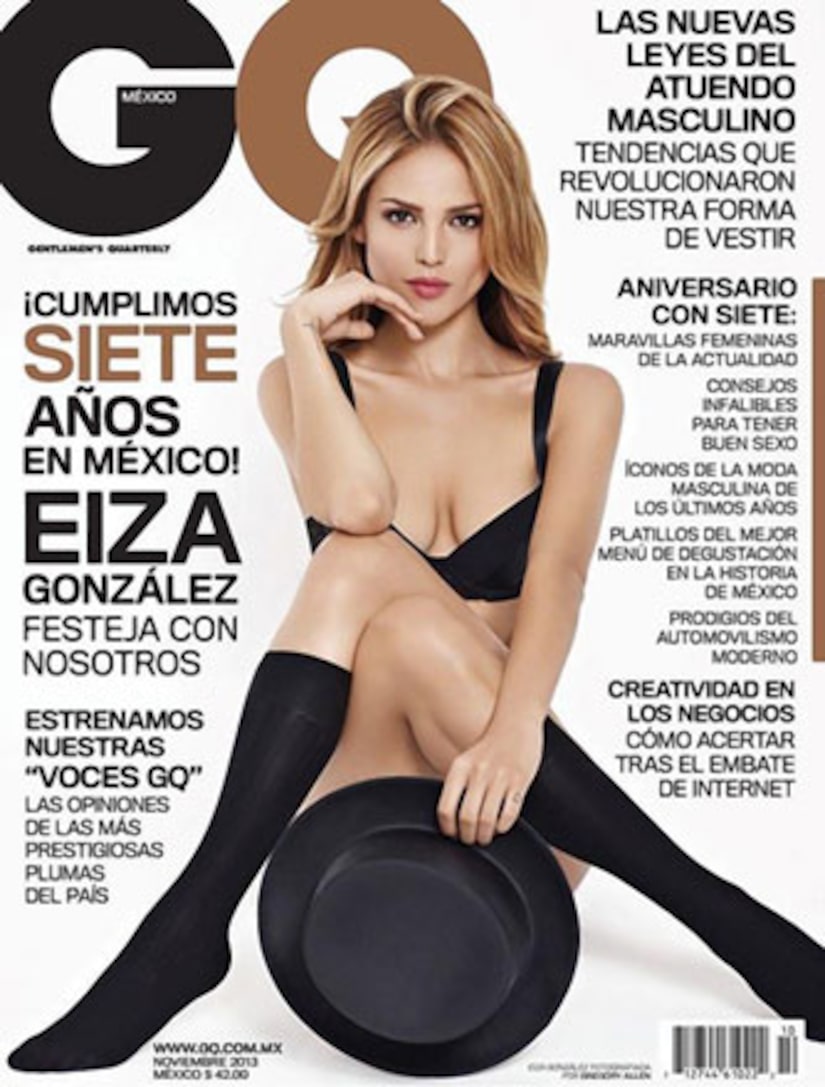 Eiza loves lingerie herself – she appeared on the cover of the new GQ Mexico in nothing but a black bra, panties and nearly knee-high socks. A hat is the only thing keeping the picture PG.

The “Hunger Games” hunk and his beauty have been linked since September. Hemsworth and Gonzalez were spotted canoodling in Las Vegas and photographed in a steamy embrace around the time that Liam and Miley announced their breakup. 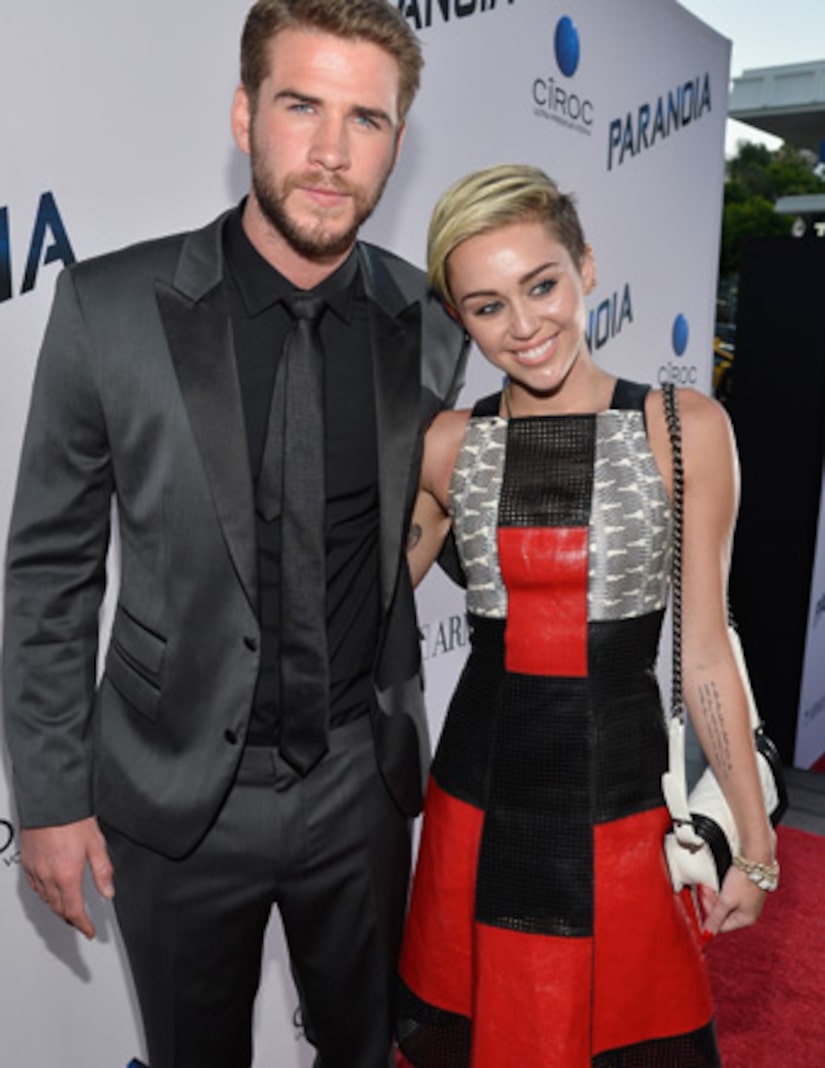