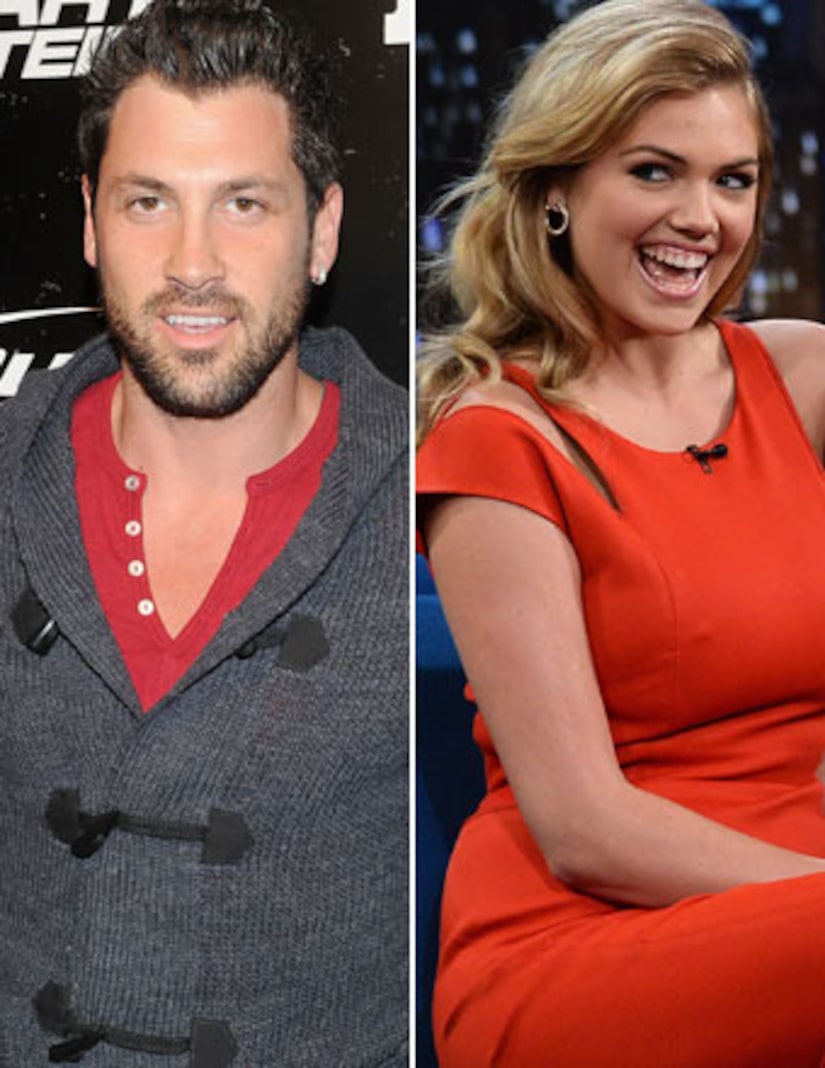 It’s on! Maks Chmerkovskiy and Kate Upton are officially dating!

“Extra” caught up with the “Dancing with the Stars” pro as he celebrated his brother Val's new fashion line at Philippe in Beverly Hills, where he gushed about the Sports Illustrated model.

Maks told “Extra,” “Things are going great… I think I got lucky… she's an amazing girl.” He added, “Everyone is happy, we are enjoying each other’s company.”

The couple fueled dating rumors when they were spotted holding hands in NYC last month, after previously denying the romance.

Upton once told “Extra” the two were “just friends,” while Chmerkovskiy said they “go way back.”

Buzz over the twosome started in June, and this is the first time either has spoken publicly about the relationship.