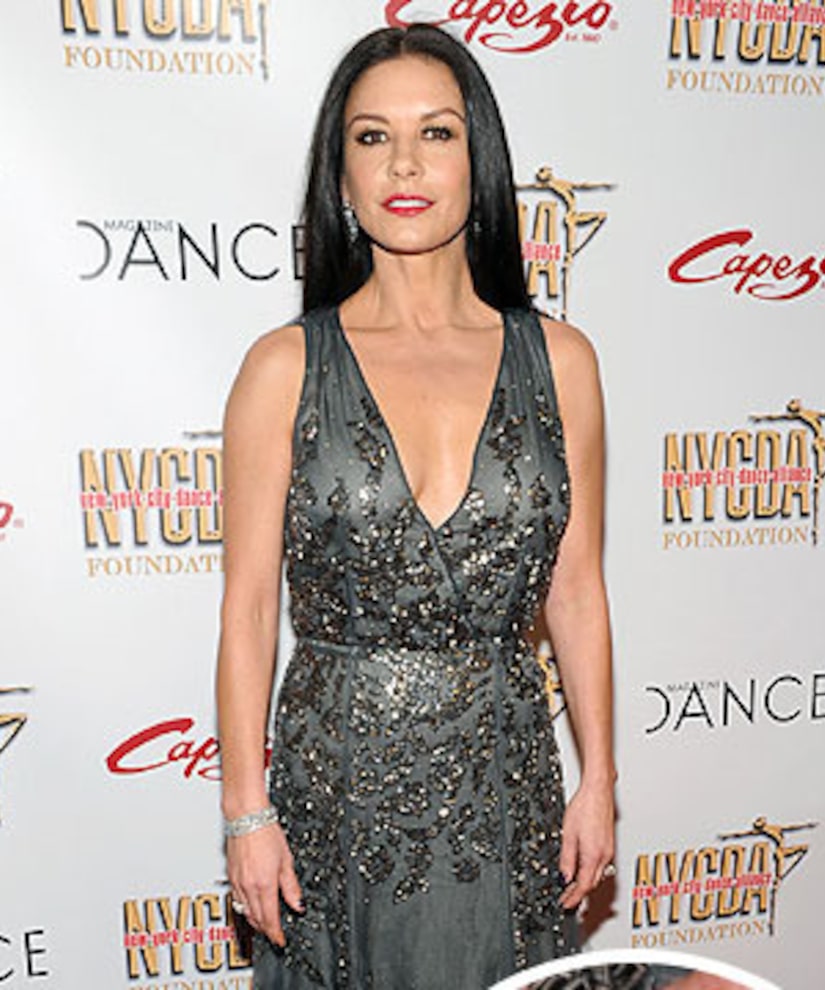 Actress Catherine Zeta-Jones isn't showing any signs she and husband Michael Douglas are headed for divorce.

Photos taken Sunday show the Oscar winner enjoying a day in the Big Apple with her family, still wearing her wedding ring. Zeta-Jones stood outside a restaurant in Hell's Kitchen with daughter Carys, 12, and son Dylan, 13, along with Zeta-Jones' mother.

The "Chicago" star also attended the the 2013 NYC Dance Alliance Foundation gala in September, wearing her ring [photo above].

The couple, who tied the knot back in 2000, announced in August they were separating.

Douglas recently told “Extra's” Jerry Penacoli, “Catherine and I are fine… the press tries to push it along a little faster. We're taking a little break. We talk. I think everything will be great.”

The 69-year-old actor is in New Mexico shooting his upcoming thriller, “The Reach.” According to the Mirror, the pair are planning to reunite next month for Thanksgiving.