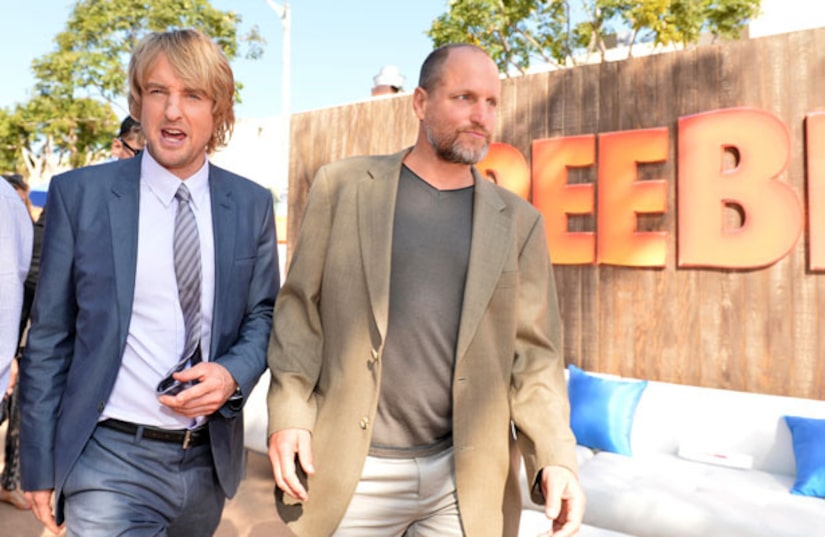 Actor Owen Wilson is going to be a father again… this time with his former personal trainer Caroline Lindqvist! He confirmed the baby news to “Extra’s” Terri Seymour.

When Terri congratulated the star on the baby news, he said, “Thank you,” adding that he was “very” excited. Before he could elaborate, co-star Woody Harrelson stepped in to change the subject, saying, “We’re mostly talking about his other child… which is ‘Free Birds’ right now.”

Star magazine broke the news last week, revealing that the pregnant trainer has known Wilson since 2003. Caroline and her plastic surgeon husband, Dr. Ritu Chopra, split in May, but the divorce has not been finalized. (Chopra is not related to New Age guru Deepak.)

"Owen plans on being fully involved, but has no intentions of settling down with Caroline, which is tearing her up," an insider told Star.