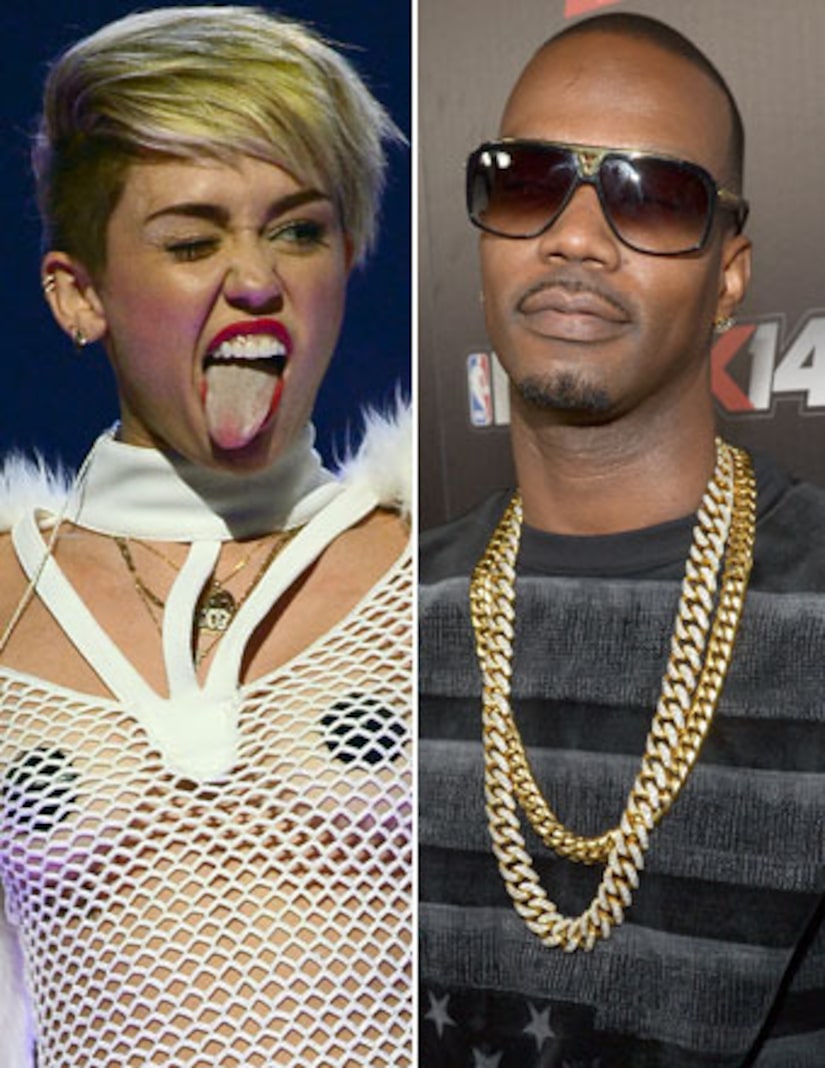 Miley Cyrus supposedly shocked the audience at the BET Hip Hop Awards on Sunday when she told the crowd she's pregnant with Juicy J's baby!

The award show won't air until October 15, but according to reports, Juicy and Miley took the stage together.

The rapper, featured on Miley and Mike WiLL Made It's new song “23,” teased, “I assure you she's been doing a lot more than twerking,” and Miley blurted that she was pregnant!

When the audience laughed off the comment, Cyrus followed up with, “No, I'm really pregnant!”

Miley didn't shut down the rumors completely, but did joke about the news on Twitter.