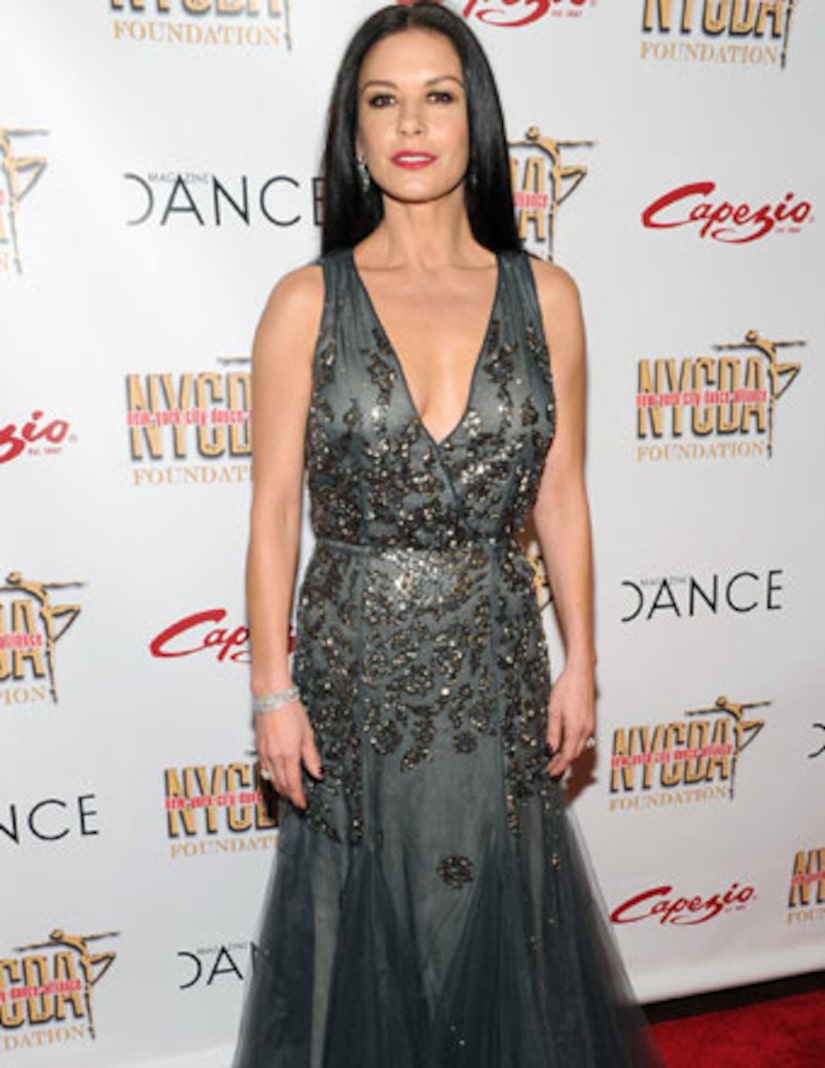 Catherine, who was being honored at the event, was still wearing her wedding ring, but stayed mum on her marriage. Instead, she opened up to “Extra’s” AJ Calloway about her children.

Zeta-Jones told AJ that her career started in dance and she is thrilled her daughter Carys has taken up the craft as well.

“I didn’t want to be the quintessential stage mother you know, I’ve seen that horrifying show on TV, ‘Dance Moms’… It’s like OMG! That wasn’t my [dance] experience.”

Catherine continued, “So my daughter came to me and said one of her friends is doing dance, can I do it too? I was like, 'Thank you, lord.' I didn’t have to push it.”

The Oscar winner also gave Calloway the scoop on her recent September 25th birthday, which she shares with Michael.

“I had a lovely birthday, I was spoiled rotten by my children… we had fish and chips… I found a restaurant close to where I live that does the best fish and chips I’ve had outside of my own country… I had a wonderful time.”

Last week, Douglas opened up to “Extra’s” Jerry Penacoli on the Emmy red carpet about the separation. “Catherine and I are fine… The press tries to push it along a little faster. We’re taking a little break. We talk. I think everything will be great.”

When asked if there is a chance they will reconcile, Douglas said, “Certainly.”