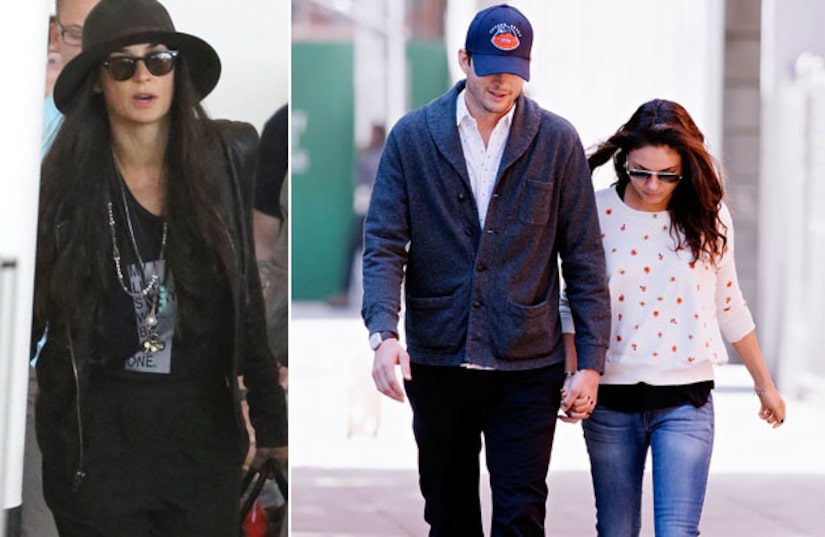 As their divorce drags on, it was only a matter of time before Demi Moore ran into ex Ashton Kutcher and his girlfriend, Mila Kunis.

A source told In Touch magazine that the three stars saw each other at a funeral for Kabbalah leader Rabbi Philip Berg in Safed, Israel on September 18.

“She wasn't happy to see Mila with Ashton,” the insider explained. “Demi introduced Ashton to the religion, so she was annoyed that he showed up — and even more annoyed that he brought Mila.”

Earlier this month Demi, 50, and Ashton, 35, shared a cordial flight from San Jose, CA to Burbank. Cameras rolled as they left the airport talking side-by-side.

Ashton and Demi split almost two years ago, but remain legally married. It seems Kutcher's tech money is the main thing holding up the divorce. He was reportedly an early investor in Skype, Foursquare and Flipboard, among other high tech companies.