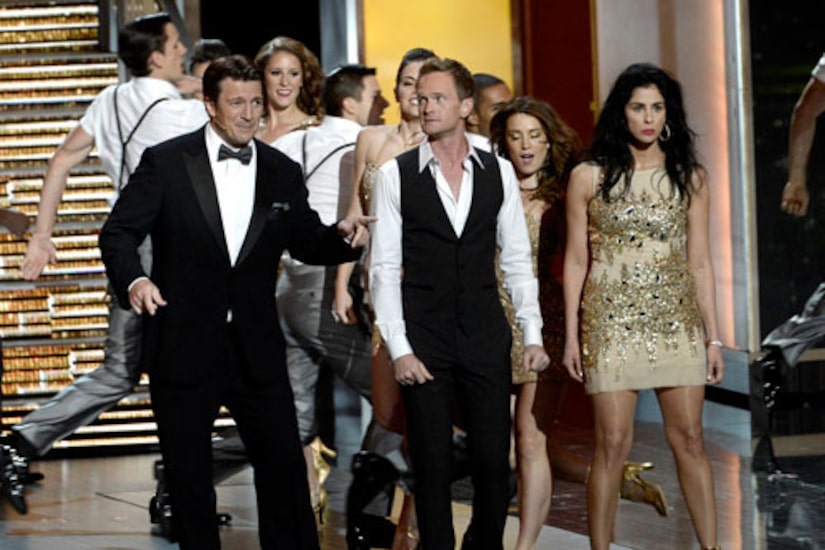 Did you miss the 2013 Emmy Awards on Sunday night? That's okay, "Extra" has you covered!

From funny speeches to show-stopping musical numbers, here are the highlights:

“Nurse Jackie” star Merritt Wever wasted no time at the podium while accepting her trophy for Best Supporting Actress in a Comedy Series. As if in total shock, the adorable actress simply walked on stage and said, "Thanks so much. Thank you so much. I gotta go. Bye." Host Harris later labeled it the “best speech ever.”

Harris is known for his over-the-top and perfectly executed musical numbers, so it took the audience by surprise when he neglected to open the show with one of his flashy song and dance routines. Switching things up, the “How I Met Your Mother” star opted to wait and sing the aptly named “The Number in the Middle of the Show” at halftime.

The Emmy crowd received a special visit from “Veep” Vice President Selina Meyer and her “bag man” Gary Walsh Sunday night. Star Julia Louis-Dreyfus decided to accept her win for Best Actress in a Comedy in character (Selina) with a little help from co-star and fellow Emmy winner Tony Hale (Gary), who joined her onstage… while holding her bag and whispering in her ear!

Michael Douglas got big laughs with an innuendo-filled speech for “Behind the Candelabra,” thanking co-star Matt Damon for his part in the “two-hander.” He also offered to share the statuette with Damon, asking if Matt preferred the “top or the bottom.”