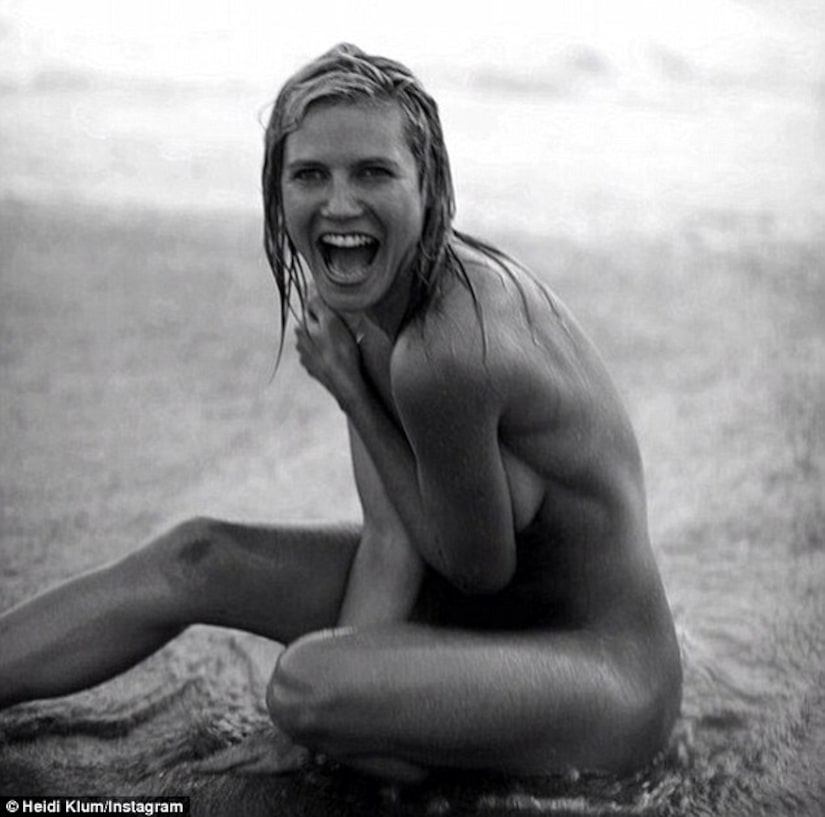 “America's Got Talent” judge Heidi Klum posted yet another photo of herself naked, this time as a flashback.

She wrote, “Photo blast from the past: Splitternackt!” (which means “without a stitch” in German).

Unlike her recent nearly naked holiday pics, this image was part of series taken by professional photographer Russell James in Mexico.

James told GQ that Klum still made the most of it. “Every time I shoot with Heidi it cracks me up, no matter how serious the pictures are. In this particular series we're down in Costa Careyes in Mexico. Heidi running naked on the beach. But the waves that were breaking were so deadly dangerous that if you were caught in one, you're gone forever.”

Klum recently told "Extra" she feels comfortable in the nude. “I grew up, you know, running around topless. And I still do.”