Actress Minka Kelly is the September cover for Marie Claire in their “The Savvy Girl's Guide to Football” issue. The special insert includes an interview with the star of FOX's upcoming “Almost Human,” in which she discusses her love of football and her return to TV. 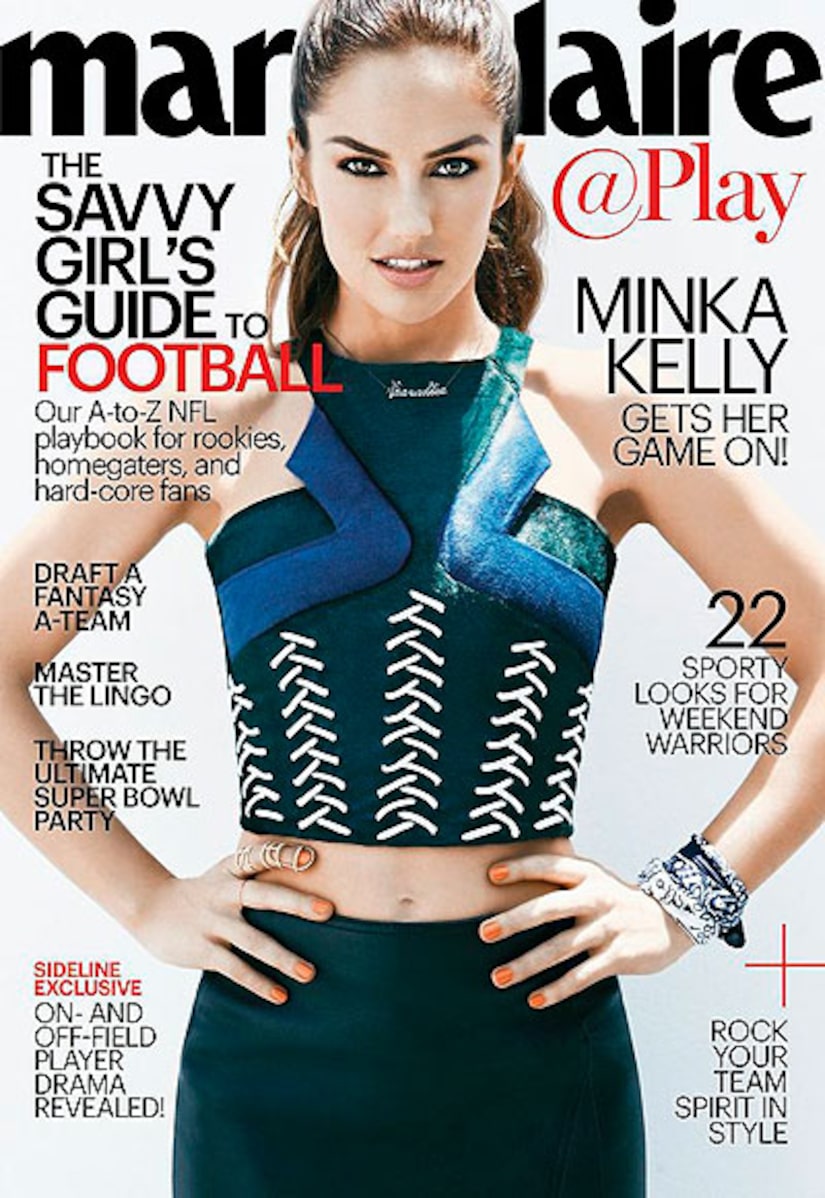 On if she's ever suited up for a football game, Kelly replied to the mag, “I played in a girls' powder-puff game during the 'Friday Night Lights' days. I was the quarterback. The ball was snapped to me, and I jammed my finger! I think I'm a pretty tough girl. I like to get down and dirty. But I was like, 'Man, I jammed my finger just catching the ball?' I didn't tell anyone and played through it.”

As for her favorite NFL team, Kelly said, “I'm a New England Patriots fan even though I'm from L.A.”

What does she wear to games? “Jeans, a T-shirt, and sneakers. If you wear heels to a game, I envy you, because I don't have that stamina.”