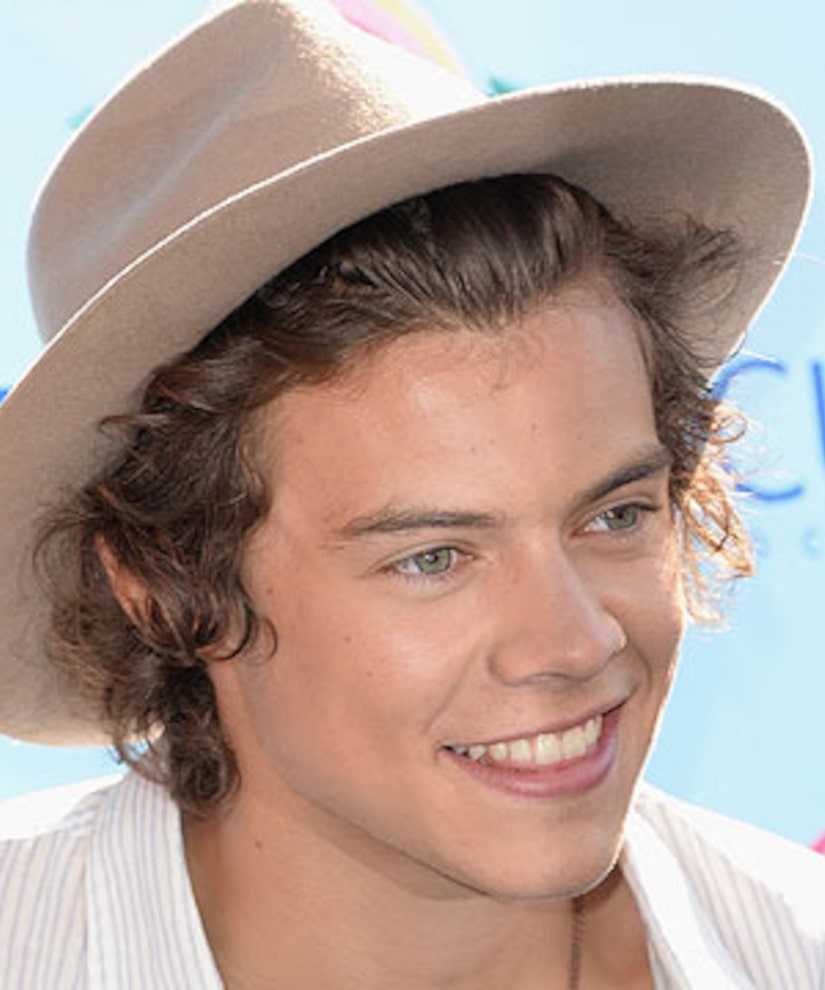 The 2013 Teen Choice Awards had its fair share of fun moments on Sunday.

Harry Styles, whose band One Direction won Choice Music Group, decided to show off his twerking skills, sparking a Twitter meltdown for the singer's millions of fans. Within minutes of his impromptu twerk, "#HarryDroppedThatThunThunThun" started trending on Twitter, and GIFs and videos began popping up on blogs and Tumblr pages.

Ashton Kutcher, who will play Apple founder Steve Jobs in the upcoming biopic "Jobs" next month, won the Ultimate Choice Award at the Teen Choice Awards last night, and delivered a four-minute speech in which he revealed his real first name and gave three pieces of advice to the audience.

"Extra's" Renee Bargh was on the red carpet, talking with all the stars. Watch!