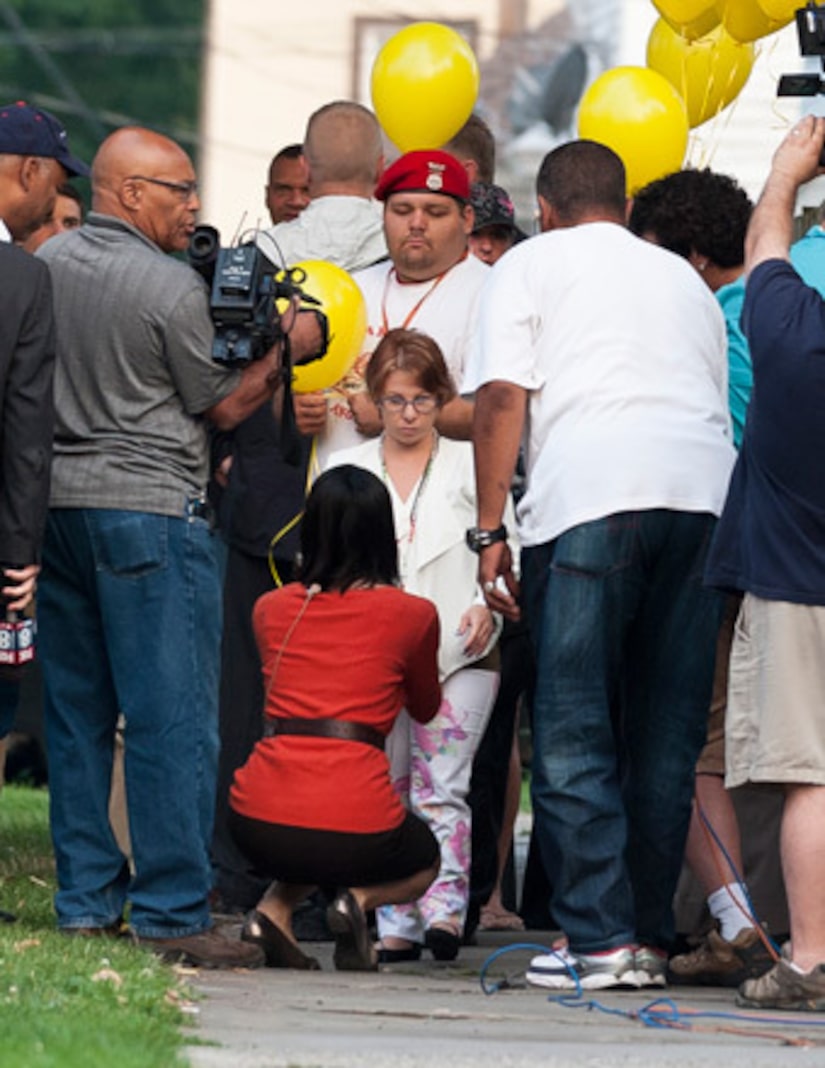 Michelle Knight, one of three kidnap victims held captive by Ariel Castro, attended the demolition of his Cleveland house of horrors on Wednesday and spoke out about missing children.

Knight explained to reporters that it was important for her to be a voice for victims because, “nobody was there for me when I was missing and I want the people out there to know, including the mothers, that they can have strength and they can have hope and their child will come back.”

The 32-year-old also released yellow balloons to represent the “millions of children who were never found and the ones who passed away and were never heard.”

Cheers erupted from the crowd as the heavy equipment began to tear the Seymour Avenue house down. According to USA Today, fellow victim Gina DeJesus' family attended.

The demo comes less than a week after Castro was sentenced to life in prison, plus 1,000 years.

Castro, 53, held Knight, DeJesus and Amanda Berry, captive in his Ohio home for about 10 years.