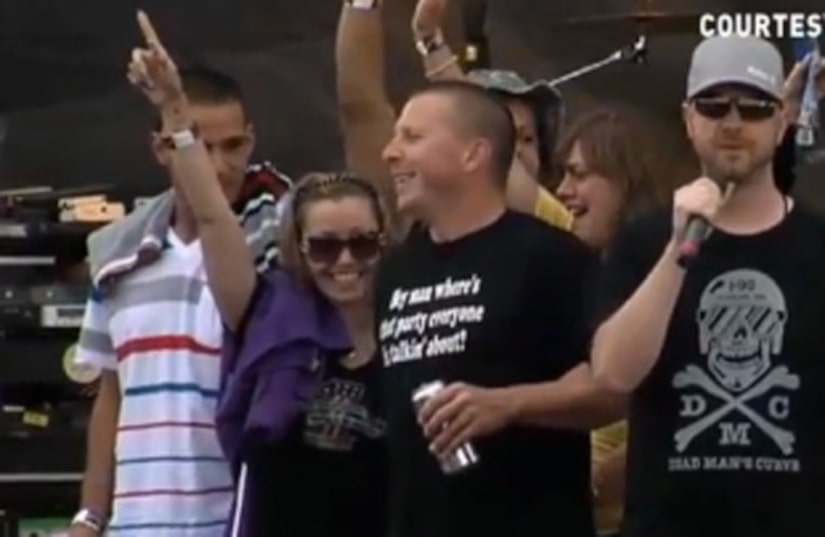 Cleveland showed kidnap victim Amanda Berry some serious love on Saturday when she stepped onstage during a local Nelly concert at RoverFest. Watch the video!

Berry, who was abducted at 16 and held captive for 10 years, took the stage twice, once with Nelly and then later with her family. She smiled happily both times, but didn't speak. She merely raised up her arm and acknowledged the screaming crowd.

Her first public appearance was a complete surprise, even to Rover aka radio talk show host Shawn French, who invited her to come down to the fest during a broadcast a few weeks ago.

"I just said that she had 10 years of partying to make up for and she should come," French said, adding that he was in shock when security guards told him she was onsite.

"I didn't see her cry, but I think she was pretty overwhelmed by the response that the crowd gave her," he said of Amanda.

The appearance came just one day after her captor, Ariel Castro, agreed to a plea deal giving him life in prison, plus 1,000 years for crimes against Berry and two other women, Gina DeJesus and Michelle Knight.