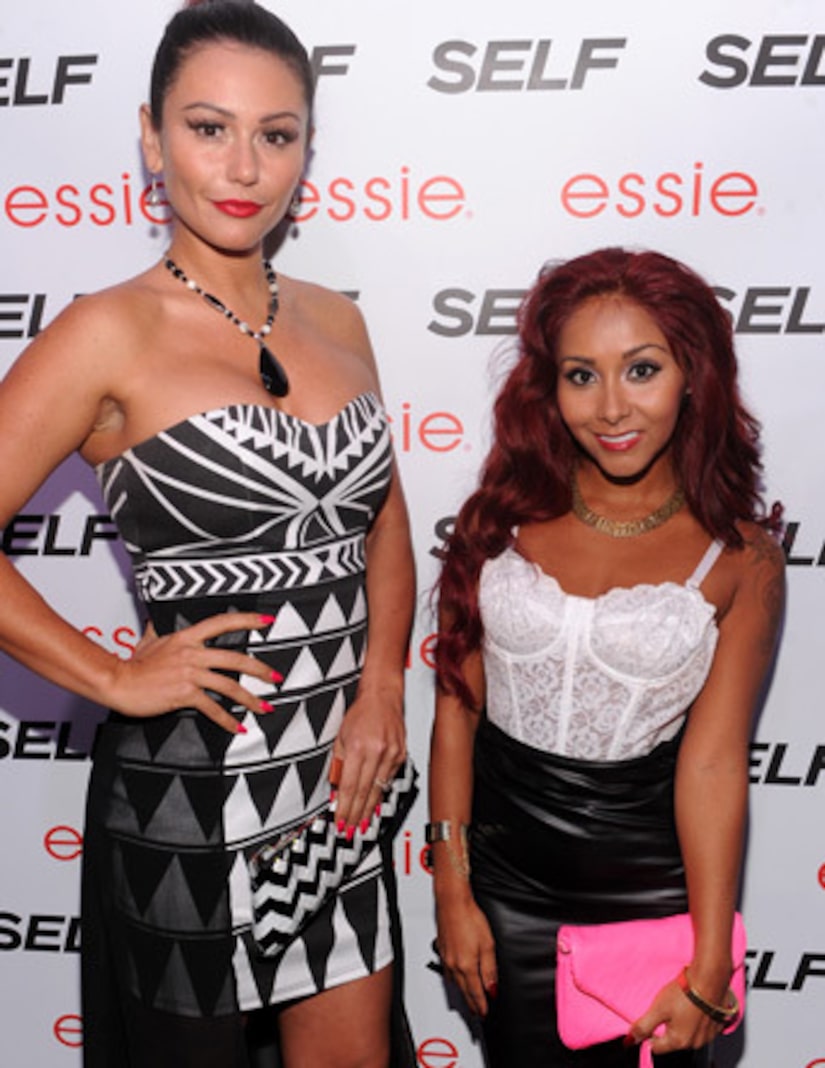 The Jersey Shore town of Pelican Island has a “not in my backyard” attitude when it comes to JWoww and Snooki.

The stars are setting up shop in a Pelican home for their spin-off reality show, but the townspeople aren't having it.

Attorney Ron Gasirowski, who represents twelve families in the vicinity, told the press, “This is in a residential zone and use of it is very restrictive. They didn't disclose to anyone what they were doing there. People first became aware of this when they started to see trucks and equipment being delivered to the site.”

City Council president James Byrnes added, “For her to bring her family and stay there is a great thing. But the timing's not right, and the commotion of just the show, what the show causes, is outrageous.”

JWoww and Snooki responded to the hubbub via Twitter.

Jennifer “JWoww” Farley, wrote, “Laughing so hard over these reports @snooki … Who would've thought 2 girls can piss so many people off.”

New mom Snooki aka Nicole Polizzi, who welcomed baby Lorenzo in August 2012, hit back with, “Insult my son & fiancé, and I will go mama bear on your ass.”

She later posted an Instagram photo of a news report with the caption, “Unable how adults are trying to ban my son, fiancé and I from enjoying our summer at the shore. Grow up, get over yourself and move on. This is not how we should be treating one another. Absolutely sick and very sad. I pray for you. There's much bigger things to worry about in life than trying to ban my family from your neighborhood.”