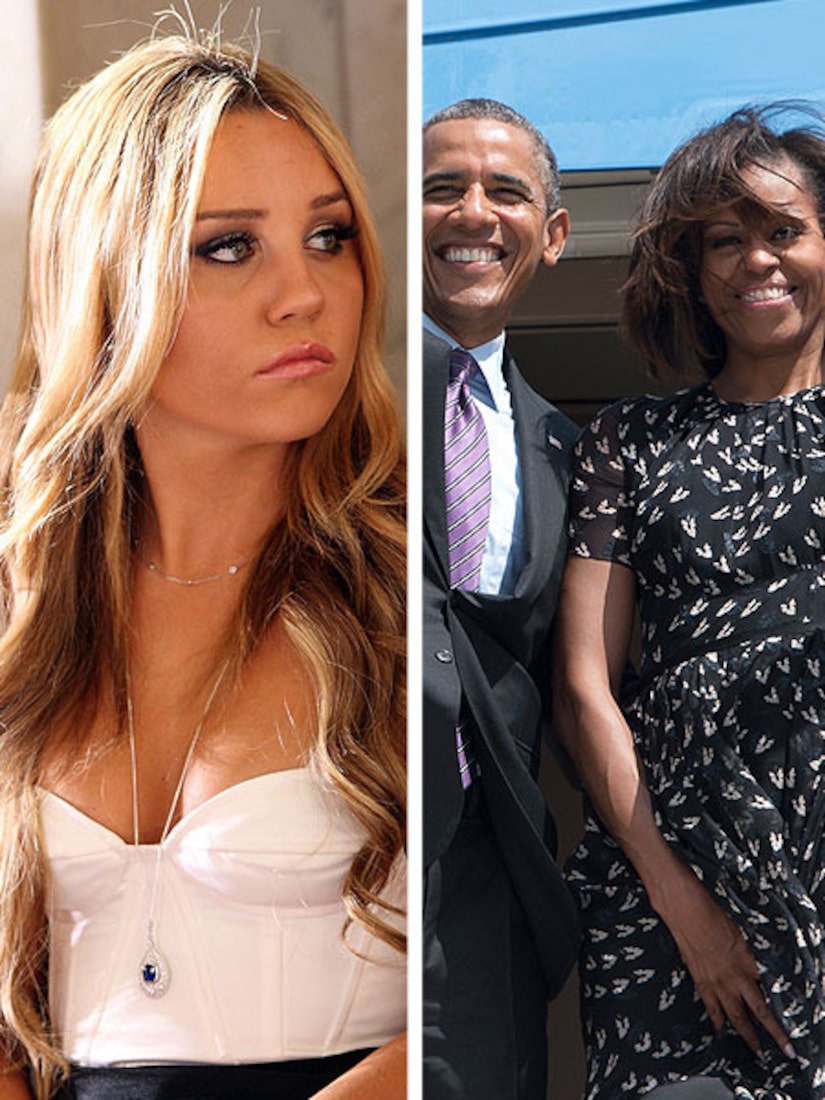 Relentless tweeter Amanda Bynes spares no one in her “ugly” proclamations, including President Barack Obama and First Lady Michelle Obama.

While it is unclear why Amanda tweeted the insult about the First Couple, her slams are usually prompted by a celebrity saying something negative about the 27-year-old, or those trying to offer her advice/help.

Bynes tweeted to actor Matt Prokop that his girlfriend, “Modern Family” star Sarah Hyland, "has an ugly face like you" after he encouraged Amanda to "look in a mirror... Stop getting work done. Save what's left."

The “She's the Man” actress also called “American Pie” star Jason Biggs "ugly" when he wrote her asking, "Are you having a stroke?"

Bynes has also repeatedly called Drake "ugly" before later apologizing to him and then insisting he's "gorgeous."