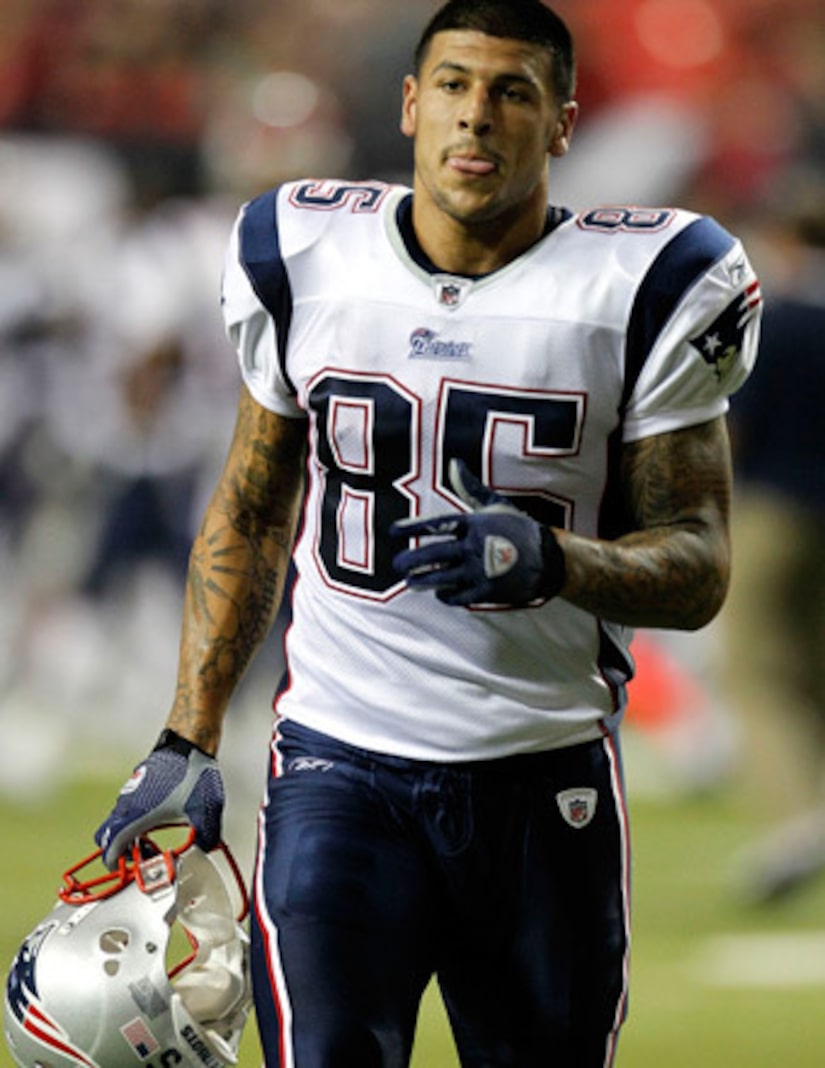 Hernandez, teammate of Tom Brady and Tim Tebow, was dropped by the Patriots just hours before his arrest, which included five gun related charges. The 23-year-old appeared in Attleboro District Court Wednesday afternoon and plead not guilty. He is being held without bail.

Lloyd's body was found in an industrial park about a mile from Hernandez's home. He had been shot multiple times in the back and chest. Prosecutor Bill McCauley told Judge Daniel J. O'Shea that Hernandez “orchestrated the execution.”

The two men were reportedly friends who were dating sisters, and McCauley said trouble supposedly started during a night out at Boston's Rumor nightclub on June 14. Hernandez didn't like the people Lloyd was talking to.

Security footage shows Hernandez leaving his house on June 16 with a gun. He allegedly joined up with two other men and picked up Lloyd around 2:30 AM.

ESPN reports that Lloyd texted his sister from the car around 3:30 AM, "Did you see who I am with?" When she didn't know, he replied, "NFL," followed by, "Just so you know."

Soon after, workers at the industrial park reported hearing gunshots.

So far, the other men in the case have not been named, and there has been no discussion of who fired the lethal shots.

Aaron faces a maximum sentence of life in prison without parole. His attorney, Michael Fee, commented, "It is at bottom a circumstantial case. It is not a strong case.”

It was a rental car registered to Hernandez that originally linked him to the case. TMZ reports that keys to the car were found in Lloyd's pocket, while ESPN says the car was also found near the body.

In other court matters, a Florida man filed a lawsuit against the NFL player last week, alleging that Hernandez shot him in the face at a strip club in February.

Hernandez is engaged and has an 8-month-old daughter. The five-year contract he signed with the Patriots last summer was worth $40 million.