The future looks bright for “The Voice” winner Danielle Bradbery and fellow finalists Michelle Chamuel and the Swon Brothers, Colton and Zach.

Danielle just signed with Taylor Swift's record label Big Machine Records! According to Just Jared, she could begin recording her debut album as early as next week.

Bradbery told "Extra" she hopes to have coach Blake Shelton involved every step of the way, explaining, "If I made my own album, I would have a little pop in there, and of course that country twang. It would just be a fun album… it would be a mixture for sure. I love all genres. My heart is country, I would have to stick with that, but I would throw a little bit of pop in there."

Summer break is the perfect time for Danielle to record her album, considering the 16-year-old, who just finished her sophomore year in Texas, doesn't really want to move her life to Nashville just yet.

Before winning the show, she said, “I don't see myself moving anytime soon. Hopefully not, because I like my home.”

Meanwhile, Michelle and the Swons are making big plans of their own. Runner-up Chamuel told us she hopes to work with her coach, Usher, in the future. “I'm looking forward to it,” she said.

She added that her band, Ella Riot was already on hiatus when she left for the show, and now says she loves playing with bands, but “I don't think being in a band full-time is where my future lies.”

Looking ahead, Michelle already has some ideas about her first album. “It depends on if I team up with a label to do it or do it on my own. If I do it on my own, it will be a heavy indie electronic influence, people like Imogen Heap, Apparat, Burial – that type of stuff will be in there,” she said.

Chamuel continued, “If it is with a major label release I'm assuming it will have more of the pop electronic side that I really, really dig.” 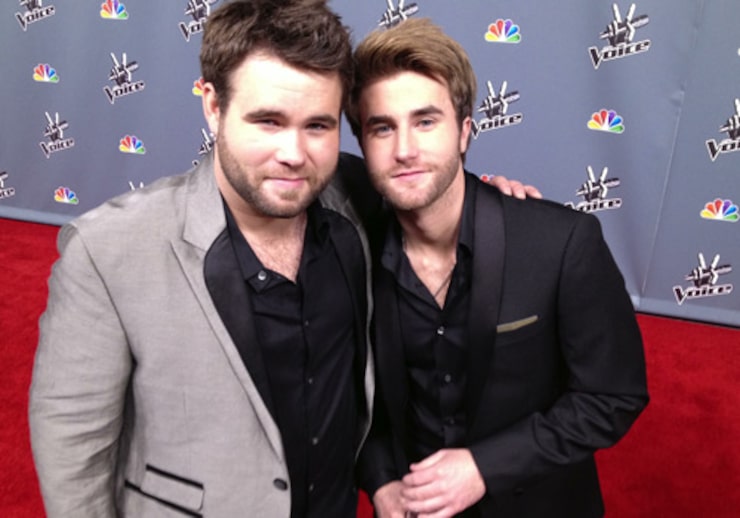 The Swon brothers, Colton and Zach, are planning to pack up and move from Oklahoma to Nashville and record an album very soon.

Colton said, “We might just have to have Blake come in and help produce it. It is definitely going to be country and it is probably going to be an Eagles vibe meets Rascal Flatts.”

Zach added, “It is going to be current enough for radio, but classic enough that you know it is us.”

The brothers have a history of songwriting, but Zach explained, “At least for our first record I want great songs, and I know a lot of guys in Nashville do it every day, so it wouldn't hurt my feelings to get some of those.”