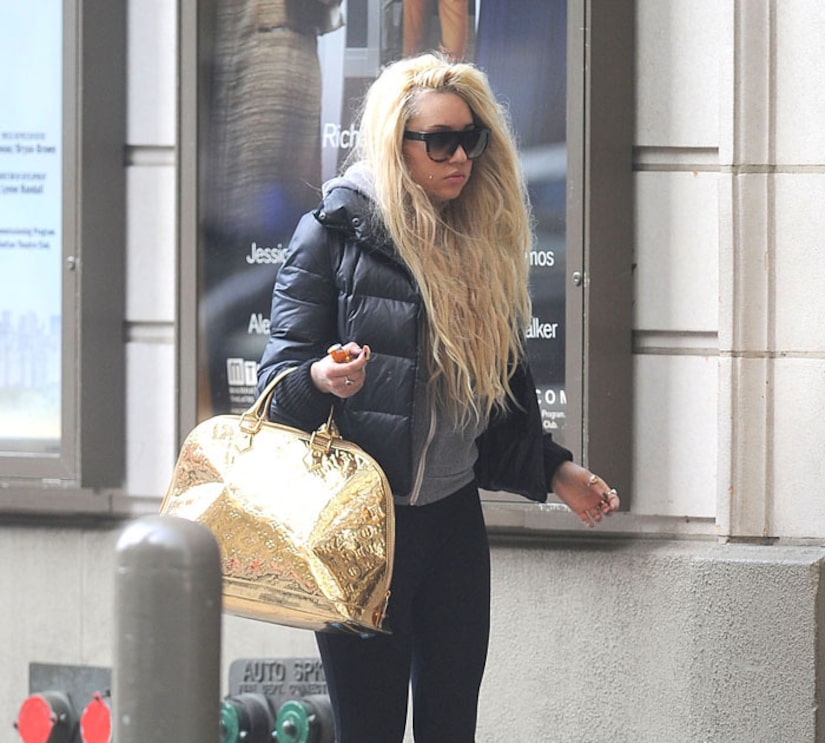 The indecisive Amanda Bynes recently called her former celebrity crush Drake "ugly" in a tweet, but it appears she's had a change of heart.

On Friday, the fickle "Easy A" actress tweeted an apology to the 26-year-old rapper saying, "I'm sorry about the tweets I said about Drake. I didn't mean what I said. I hope to become friends with him instead of smashing him!"

Early Friday morning, philosopher Bynes turned her thoughts to love, tweeting, "You know you're in love with someone when you don't want to go a minute without talking to them or seeing them. Everybody's made for someone. You're lucky if you find them or they find you."

Bynes continued on interpersonal relationships, tweeting on Thursday, "I could never marry a German because I'm Jewish." Oy gevalt.

Bynes was arrested in New York City on May 23 and later charged with marijuana possession, attempted evidence tampering and reckless endangerment. She has denied all charges and will next appear in court July 18.