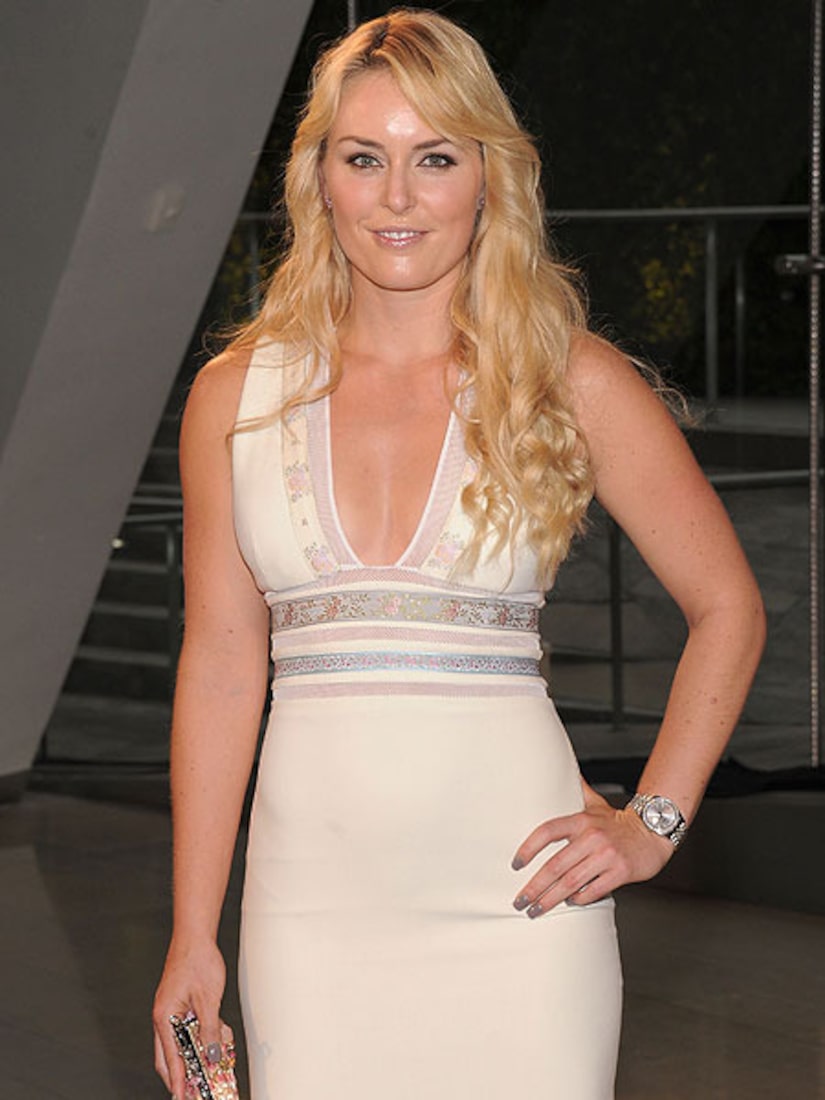 As an Olympic athlete, you can be tested for drugs, anytime, anywhere… just ask Lindsey Vonn, who may have had a surprise request at the 2013 CFDA Fashion Awards on Monday.

According to the New York Post, the ski champ received an unexpected call from the US Anti-Doping Agency testers and had to undergo a mandatory test at the event.

Vonn and designer Cynthia Rowley, who designed the gold medalist's dress for the evening, met the testers at the venue's restrooms, where Vonn gave a urine sample and then was told to “have fun,” reports the Post.

Lindsey attended the CFDAs without BF Tiger Woods, and new rumors say she and the golf champ have split.

The National Enquirer reports Woods kicked Vonn out of his Palm Beach home after she scolded his kids, but the Olympian told “Extra,” “We're not broken up… things are all good. Everyone just chill out.”

Lindsey recently began training for the 2014 Winter Olympics in Sochi, Russia, after suffering a grisly knee injury in February.