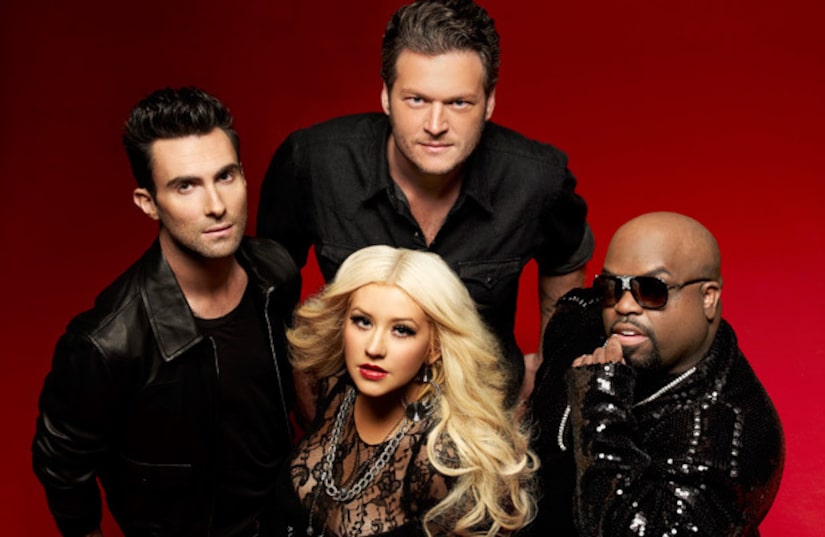 “The Voice” is getting the old gang back together with Christina Aguilera, Adam Levine, Blake Shelton and maybe Cee Lo Green too!

According to The Wrap, Aguilera signed a lucrative deal between $12.5 and $17 million to return to the show for Season 5. Meanwhile, Cee Lo is still in negotiations, but an announcement is expected soon.

Sources told the site that Adam and Blake are expected to return for another go around, meaning new coaches Usher and Shakira will cycle out.

Aguilera took a season off to promote her “Lotus” album, while Green focused on his “Loberace” show in Las Vegas.

At the time of their departure, executive producer Mark Burnett told the press that he expected the mentors to cycle in and out because working artists couldn't be expected to solely work on “The Voice.”