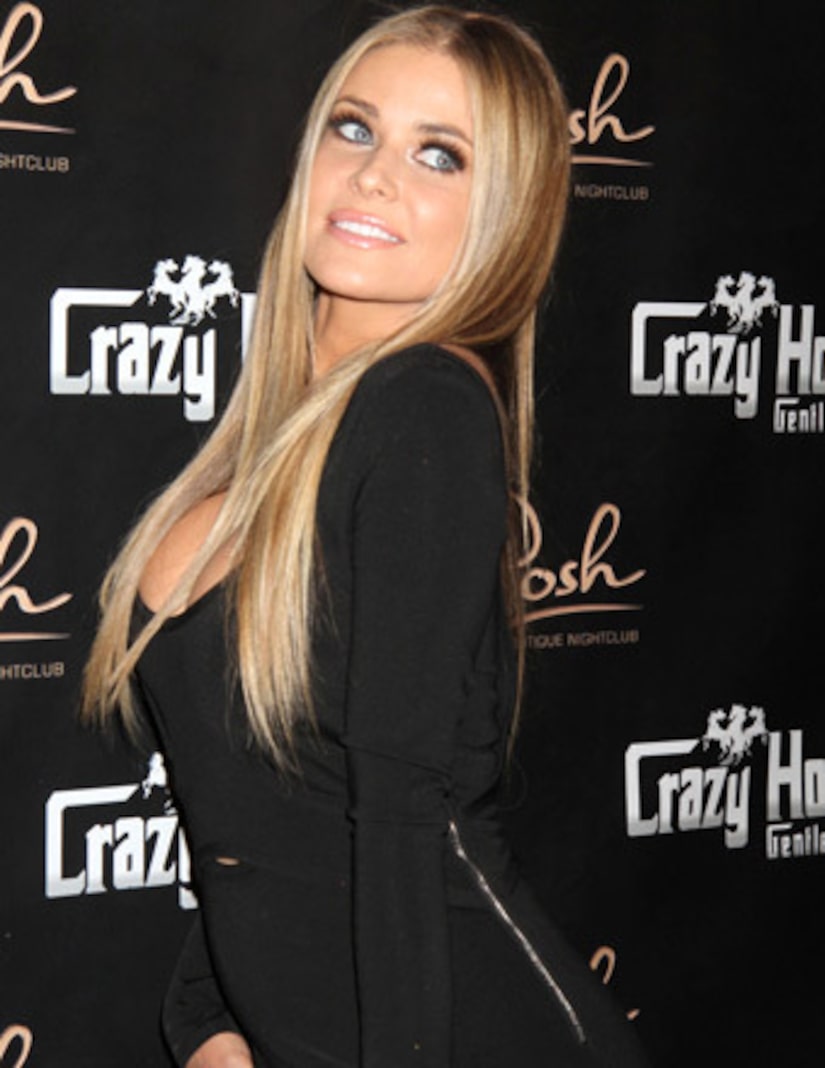 Carmen Electra celebrated her 41st birthday in Sin City style at Crazy Horse III in Las Vegas on Saturday. Making her way into the gentleman’s club, Carmen posed for pictures on the red carpet in a body-hugging black dress and signed autographs for fans along the way.

The sexy model/actress/singer also celebrated the release of her latest single, “Bigger Dick.” According to the Las Vegas Sun, Electra jumped up and started to dance when she heard the DJ play her song. She was also presented with a pop-star themed birthday cake!

Electra has a history with the hotspot. She celebrated her 40th at the club and hosted their second-anniversary party in 2011. She was also a featured performer at Crazy Horse Paris at MGM Grand, before it closed down.

Carmen started the birthday festivities last month (her actual birthday is April 15). Check out video of the star talking about her special day at McDonald’s New Premium McWrap Pool Party at the Bootsy Bellows House in Los Angeles. Katy Perry, Leonardo DiCaprio and David Arquette were among the celebrities in attendance.