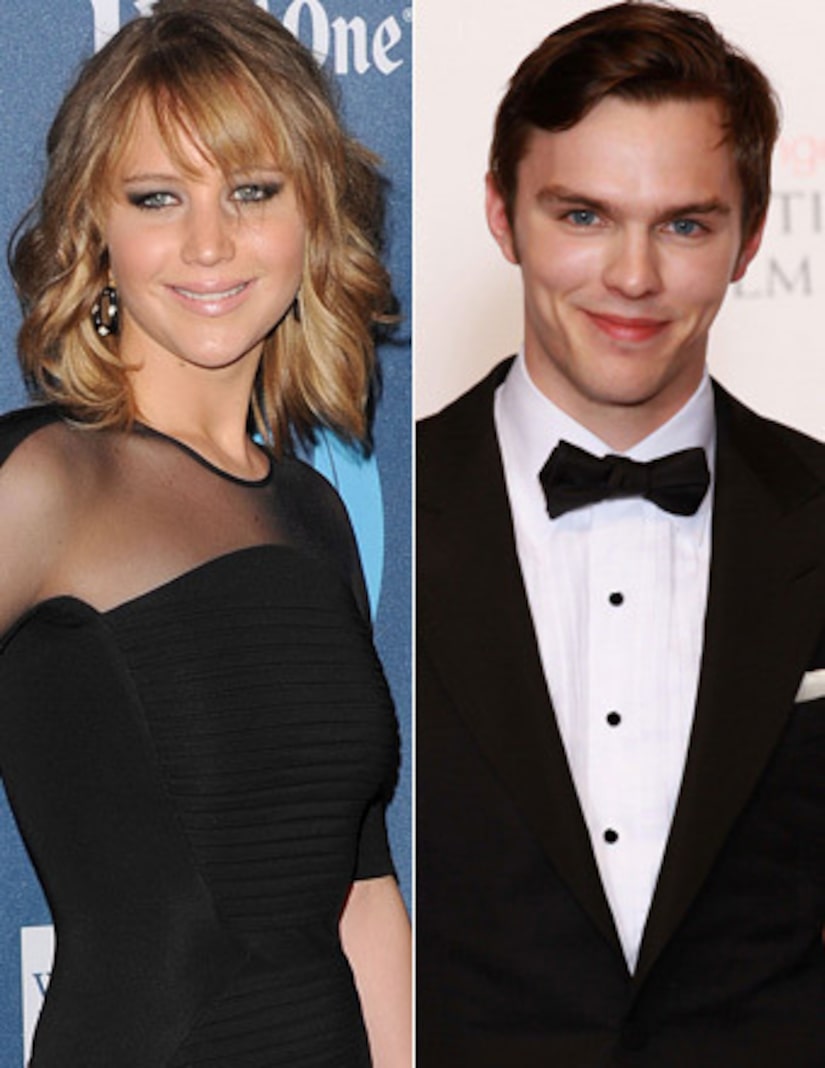 The “X-Men: Origins” co-stars met up at The Little Door restaurant in Hollywood. They tried to rendezvous under wraps, but were photographed by paparazzi as they left through a rear exit.

Lawrence, 22, and Hoult, 23, split in January after two years of dating. At the time, an insider told In Touch, "They're young and grew apart, but they remain friends."

Jennifer told Elle last year, "[My boyfriend] is honestly my best friend, and hopefully I'm his best friend too. He's my favorite person to be around and he makes me laugh harder than anybody."

Both stars have skyrocketed to fame in recent years. While Jennifer landed the coveted role of Katniss in the "Hunger Games" series and won an Oscar for "Silver Linings Playbook," Nicholas starred in "Warm Bodies" and "Jack the Giant Slayer." The twosome will be back onscreen together next year in the new "X-Men" installment "Days of Future Past."